TechGen Metals Limited (ASX:TG1) has informed the market that the inaugural RC drilling campaign at Ida Valley Gold Project has been planned and drilling has commenced into a newly identified Greenstone belt.

The company anticipates that the drilling program will take a week to complete and looks forward to providing further updates.

RC drilling is targeting bedrock gold mineralisation along the Ballard Fault, and the new, never before tested Greenstone Belt is between Lawler’s and Mt Ida Mining Districts.

The first ever systematic geochemistry samples were collected a little over 12 months ago returning an impressive peak assay of 884ppb Au in soils and rock chip samples to 6.6g/t Au forming an area currently called Target A/Northern anomaly.

Target F/Southern Anomaly auger assays are up to 75ppb Au and the anomaly is mapped over 1,000m.

The Ida Valley Project is 100% owned by TG1 and is ideally located in between the Lawler’s and Mount Ida Mining Districts and approximately 80km west, northwest of Leonora.

Access to the area has been difficult along overgrown and abandoned station tracks, which may partly explain the lack of recent exploration until now.

The immediate area was previously explored for diamonds in the early 1980s. This RC drilling program is being undertaken by Kalgoorlie based drilling company Australian Surface Exploration Pty Ltd. 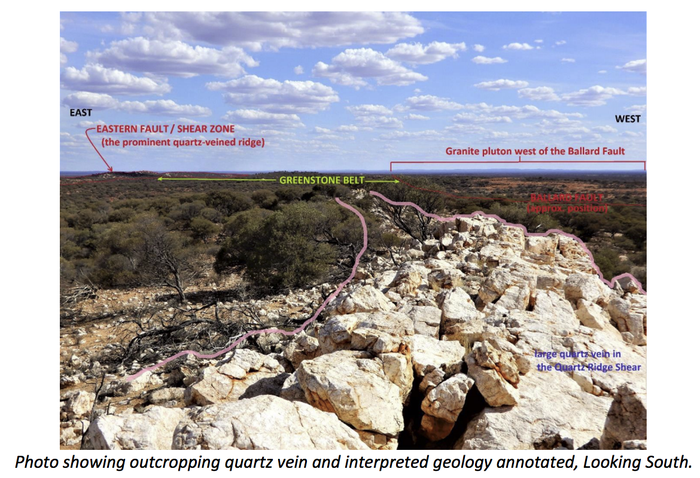 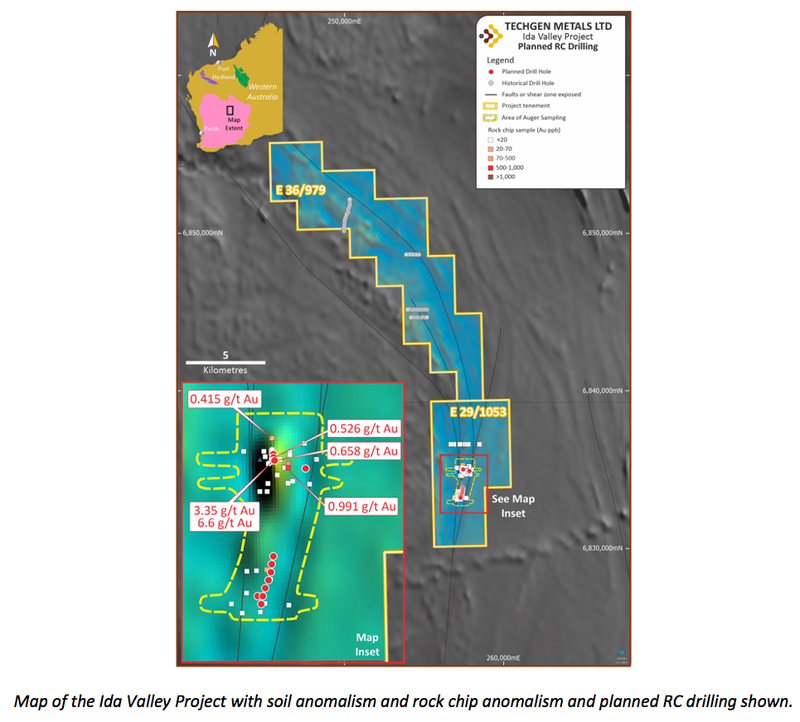 "Thanks to WA’s Department of Mines, Industry Regulation and Safety for their publicly available online GeoVIEW program that greatly aids explorers and the greater industry to make these new discoveries possible.

"It certainly is a very exciting time to be in a position of first to test a new untested greenstone belt with impressive early-stage gold anomalies especially in a buoyant market and having only IPO on the 7th April.”