Tando Resources (ASX:TNO) has released a mineral resource update that could fast track its near-term production aims at its SPD Vanadium project in South Africa. The Resource is now the largest +1% V2O5 resource in the world.

The company announced a highly significant JORC Mineral Resource update today, which along with successful metallurgical test work, could pave the way for a Scoping Study to be completed.

“The Scoping Study, which will be completed in coming weeks, will focus on the economic and technical merits of establishing a near-term production operation based on the high-grade surface Resource,” said Tando Managing Director Bill Oliver.

Oliver says it is significant because the new high-grade shallow Resource underpins the potential for a low-cost, near-term production operation at SPD.

“This has immense potential to be a low-cost operation due to the combination of the high-grade material, its shallow nature and the highly attractive metallurgical characteristics.”

The numbers for this Resource upgrade are impressive, hence the company’s buoyant demeanor this morning.

The new JORC Mineral Resource estimate for the high-grade component at SPD stands at 169Mt at 1.07$ V2O5 in the Indicated & Inferred categories. It is the largest resource above 1% V2O5 in the world based on published resources. 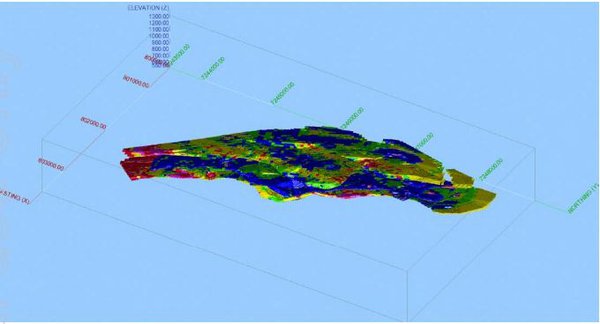 Tando will now seek to generate a +2% V2O5 concentrate from the high grade portions of the Mineral Resource via simple beneficiation.

Situated in South Africa in a similar geological setting to Rhovan (Glencore), Vametco (Bushveld Minerals) and Mapochs mining operations, Tando’s SPD Vanadium Project has the potential to be a globally significant play based on its tonnage and grade concentrate.

Given its step forward towards near term production, Tando is now looking to capitalise on the current goodwill surrounding vanadium.

Currently approximately 85% of the world’s vanadium is produced in China, Russia and South Africa, so Tando is in a good position to achieve its aims, particularly based on today’s numbers. 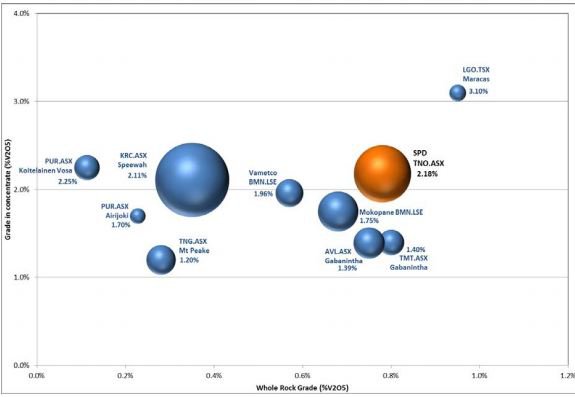 Vanadium is used in strengthening steel via various alloys and consumption is on the rise following the implementation of stricter standards on the strength of steel to be used in construction (specifically rebar).

Strong demand is forecast to continue, along with supply and substitution constraints, pointing to a positive vanadium outlook.

The price for >98% Vanadium Pentoxide (V2O5 ) has remained between US$15 - US$17/lb for most of 2019, with recent price fluctuations a result of low volumes of trade. This represents a sustained increase in price from US$3.50/lb at the start of 2017.

The rise in price is set to continue as the push to renewable energy solutions increases in momentum.

Vanadium redox flow batteries (VRFB) for large scale energy storage provides additional longer term demand for vanadium. Tando has stated that according to research conducted by Lazard (NYSE.LAZ), VRFB’s already have a levelised cost of storage that is less than Li-ion battery storage by 26% to 32% on a comparative basis.

Tando’s commanding Resource upgrade, not only puts it one step closer to production, but may also help it tap into this market sooner rather than later.