Syrah Resources (ASX:SYR) has confirmed it will start production at its flagship Balama graphite project in the first quarter of 2017 – in the process becoming the largest single producer of graphite in the world.

It had previously advised the market that production at the project would begin ramp up 18 months after it had completed financing.

This month it completed a $211 million capital raising, meaning that the project is due to ramp up ahead of schedule.

SYR said this will make the Balama Project the single biggest producer of graphite in the world, right when demand for lithium ion batteries is scheduled to ramp up.

Last week Toronto Stock Exchange-listed Pure Energy Minerals announced that it had tied up a supply deal with Tesla Motors for the supply of lithium hydroxide from its Nevada brine project – a deal which some read as a possible preview of the sorts of deals manufacturers could seek to do with miners.

It is also conducted detailed engineering on the processing plant, and is currently testing the marketing waters.

At the end of May SYR announced that it had wrapped up a feasibility study into the project, finding that its processing plant would have an effective life of 42 years with a payback on capital period of less than two years. 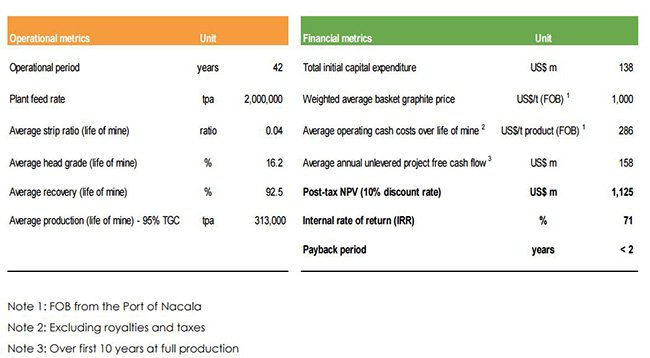 Projections from the Balama Feasibility Study 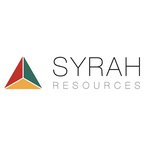