ScandiVanadium Limited (ASX:SVD) has pegged 950 square kilometres of additional ground in the Paterson Province of Western Australia, which is prospective for gold and copper mineralisation.

This expands the company’s position in the region as it is already in the process of progressing the Pascalle Project.

This area is a proven ground for large gold and copper deposits with big players such as Rio Tinto (ASX:RIO) and Newcrest Mining (ASX:NCM) nearby, and has also emerged as a hot spot for new explorers since Rio’s Winu discovery (681 metres at 0.5% copper and 0.3 g/t gold).

London-listed Greatland Gold (AIM:GGP) has also made a big impression with its Havieron discovery, while Newcrest’s massive 32Moz Telfer Project lies just to the north-west of SVD’s flagship Pascalle Project.

The new tenements applied for by SVD target highly promising geophysical targets under 400-500 metres of cover thought to be prospective for Telfer, Winu and Havieron style mineralisation.

These new applications are located in the underexplored southern portion of the Paterson Province, with the same host formations and structures common to the major mineral deposits in the region further to the north.

Despite the known geological affinities, the area has seen very limited historic exploration, but SVD and some other key players are about to change that.

SVD executive chairman David Frances said, “We are delighted to expand our footprint in the highly prospective Paterson Province. Recent activity at Havieron and Winu has demonstrated that there are still significant discoveries yet to be made under cover along the Paterson Province gravity high.

“The additional tenements complement our more advanced Pascalle Project, developing ScandiVanadium as a substantial landholder in the region.”

The following map shows the close proximity of Telfer, while also indicating the location of the three new exploration licences to the south-east. 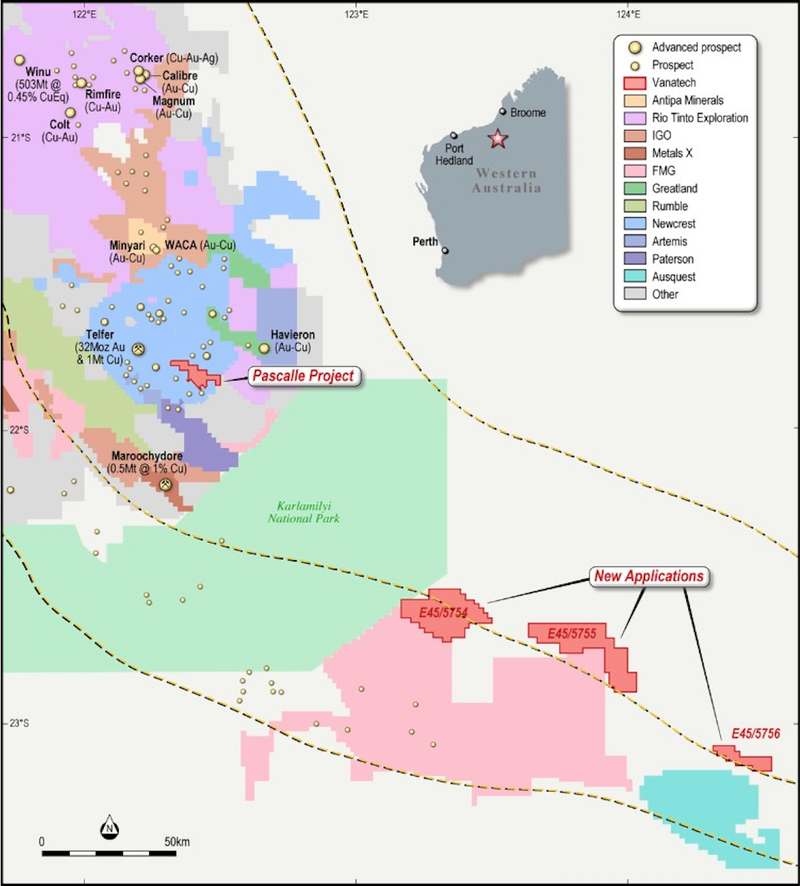 It is also worth noting that Fortescue Metals Group (ASX: FMG) and Ausquest (ASX: AQD) have tenements in close proximity to the new applications.

The latter’s tenement can be seen directly to the south of E45/5756, and the significance of AusQuest’s strategic position in the region hasn’t been lost on investors with the company’s shares increasing nearly 150% in the last month.

SVD completed the acquisition of the Pascalle Gold Project and the Gnama Nickel Project in Western Australia in July, and since then its shares have also been the subject of a substantial rerating, increasing from 2.3 cents to trade as high as 4 cents.

This has been perfect timing for SVD as it has also been able to ride the wave of support for gold stocks.

With an aggressive upcoming exploration program planned, SVD is shaping up as a news-driven story with the potential for further share price momentum.

This strategy certainly appears to have merit given that recent exploration successes are the result of both a renewed focus by major mining companies undertaking large scale work programs and academic studies developing a holistic mineral systems model for the broader region.

With an enhanced understanding of geophysical signatures based on discoveries such as Havieron and Winu, modern exploration techniques are resulting in increased exploration success at depth and beneath cover. 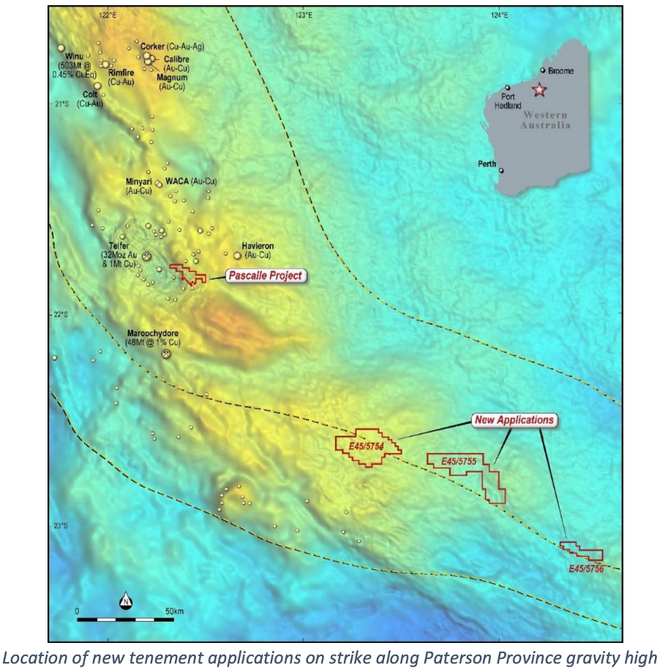 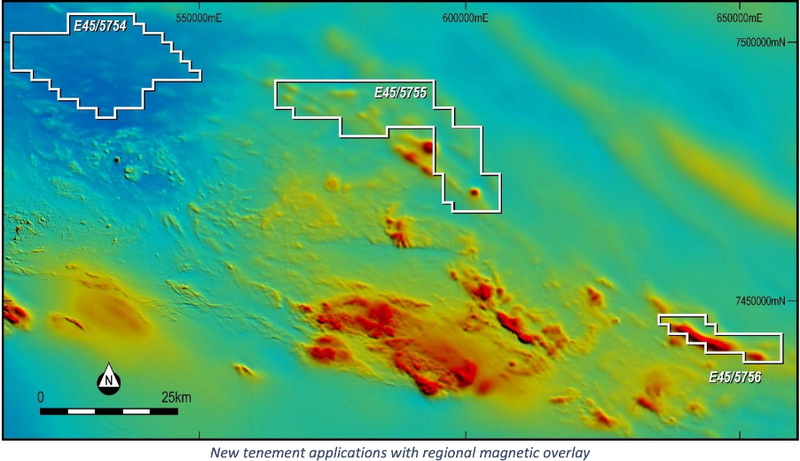