Superior Resources Limited (ASX:SPQ) has announced the results of a Scoping Study conducted on the Steam Engine Gold Deposit, highlighting an opportunity to develop the project as a low CAPEX, financially and technically robust open pit mining and toll treatment operation.

The Scoping Study is based on the March 2021 revised Mineral Resource estimate of 1.73 million tonnes at 2.2 g/t Au for 122,000 ounces of gold, which incorporated the results of the 2020 Resource definition drilling programs.

An open cut mining and toll treatment operation was selected for the base case scenario for the study.

Pit optimisation and mine planning exercises result in pit shells which are scheduled to mine 1.1 million tonnes at 2.31 g/t Au to recover 70,000 ounces.

This is equivalent to approximately 65% of the current Mineral Resource. 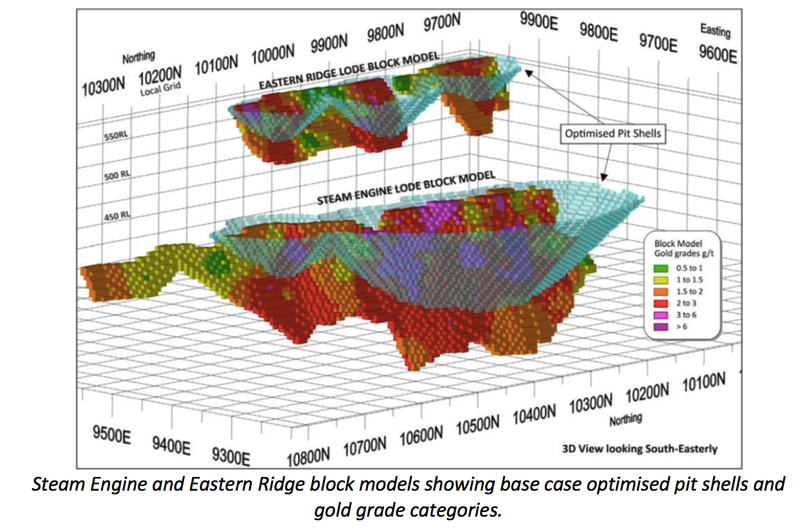 A stand-alone gold mining and processing scenario was also examined, which highlighted a significant opportunity for substantially improved project economics in the event that the Mineral Resource is expanded.

Base-case economic modelling indicates that the Project will deliver robust financial metrics over a 21-month period of mining with a post-tax LOM cash flow of A$24.2M at an assumed gold price of A$2,200 per ounce.

As a result of the positive Scoping Study, a Feasibility Study will be commenced immediately, along with further metallurgical test work and drilling programs aimed at expanding the current Mineral Resource, including a maiden drilling program at the Dinner Creek Lode.

“We are very pleased with the outcome of the Scoping Study, which is a significant step forward for the Steam Engine Gold Deposit and the Company’s strategy for the greater Greenvale Project," Superior’s Managing Director, Peter Hwang said.

“The study has demonstrated the economic robustness of the Project and highlights a low-cost start-up opportunity to generate early cash flow. The upside potential is substantial and presents a compelling case to commence a Feasibility Study and the regulatory approvals processes to enable the commencement of mining.

“The exploration potential at Steam Engine is significant. As we progress through the Feasibility phase during 2021, we will also be endeavouring to expand the total gold Resources through aggressive drilling. Leading this program will be the maiden and hopefully, follow-up drilling programs at the new Dinner Creek Zone.

“We are now confident that Steam Engine is poised to be an operation capable of underpinning a greater Greenvale Project copper, gold and potentially, nickel development strategy. This comes as we embark on the Company’s 2021 exploration campaign to execute potentially transformative drilling programs at our Tier 1- potential copper and subject to funding, our nickel sulphide targets.

"We believe that the substantial mineral endowment at Greenvale, predominantly represented by copper and nickel, together with Steam Engine, represents serious potential to support a centralised stand-alone processing operation.

“The implementation of our Greenvale Strategy in 2021 will be key to unlocking the value potential presented by the Greenvale Project.”

On the basis of the positive outcomes from the Scoping Study, the following future work categories will immediately commence: