Aldoro Resources has released positive assay results for its recent drilling at its Firefly Prospect within the Leinster Nickel Project.

Through its latest drilling program, Aldoro tested the bedrock conductors modelled within a large, 1 kilometre scale anomaly associated with the contact of a high magnetic response unit as seen below: 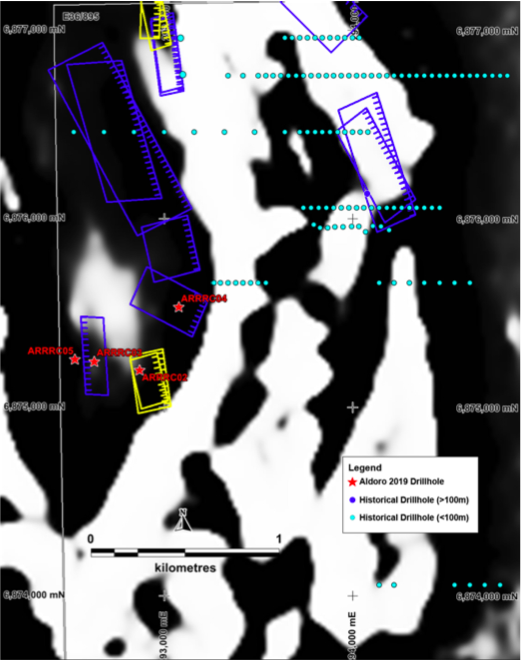 Aldoro released encouraging results at its Firefly prospect, but now turns its attention to its WA gold project.

What was found was a mixture of basalts (including high magnesium), coarse grained mafic and ultramafic lithologies.

The company was encouraged by high contents of nickel returned near the base of the ultramafic pile in AFFRC02 with 3m at 0.14% Ni, along with 12m at 0.15% Ni at a higher stratigraphic position.

Whilst results were encouraging, further work at the Firefly Prospect is now dependent on a review of the project.

The focus for 2020 will now turn to Aldoro’s Penny South Gold and Cathedrals Belt Nickel and Copper Projects.

As we reported in early December, Aldoro received approval for its Program of Work relating to the company’s maiden drilling program at the Penny South Gold Project in Western Australia.

A preliminary 5000 metre aircore (AC) campaign is schedule to commence in the second week of January 2020 and should take approximately 3 weeks to complete.

Read: Aldoro to commence drilling at Penny South in January