These results featured gold anomalism in several auger holes with grades up to 74.5 ppb gold, supported by multi-element geochemistry.

Given that the results extend and upgrade known anomalies interpreted from widely spaced historical soil sampling surveys, it wasn’t surprising to see the company’s shares perform strongly on the back of this news.

Within an hour of the results being released, Shree’s shares were up more than 14%.

Highlighting the significance of these findings, Executive Director Sanjay Loyalka said, “We have entered an exciting period as the early indications from Golden Chimney highlight the fact that this project is mineralised and we move towards drilling these targets.

"Our gold and iron ore assets now represent two sectors that have been very strong in Australia and we look forward to updating shareholders as we add value to each of our key projects in the near term.”

Anomaly of more than 1.2 kilometres at Golden Chimney West

As a backdrop, the project occupies an area of about 65 square kilometres and is located in a region that hosts world-class gold deposits, being only 40 kilometres south of Leonora. 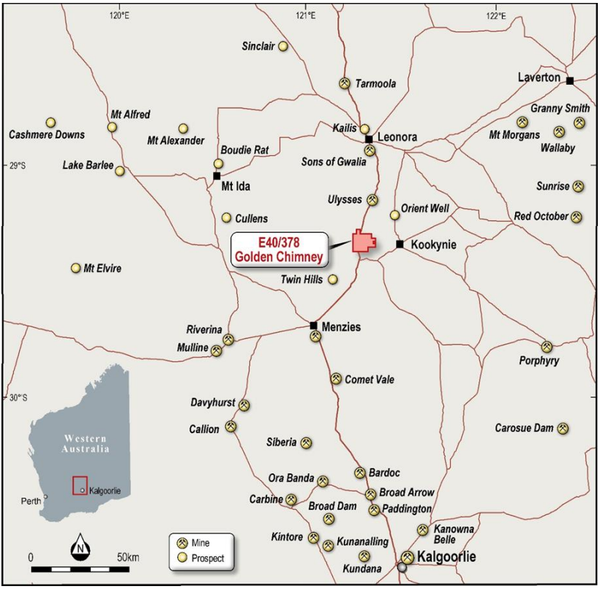 One of these is the Sons of Gwalia Gold Mine which occurs within this geological terrain (1.9 million ounces in reserve at a grade of 7.5 g/t gold and past production of 4 million ounces).

At Shree’s Golden Chimney West a coincident gold and multi-element anomaly stretches over 1200 metres in length.

Additionally, new and coincident gold and ardenite anomalies have also been identified.

As the drill bit starts turning in coming months, there is the potential for further share price momentum.