Following the completion of reconnaissance mapping, sampling and infill auger soil sampling at the company’s Golden Chimney Project in Western Australia, the management of Shree Minerals Ltd (ASX:SHH) said on Tuesday that it has an improved understanding of the project.

Altered felsic volcanic rocks at Golden Chimney West may be the source of the gold and multi-element anomaly that stretches over two kilometres in length.

Commenting on these developments, Shree executive director Sanjay Loyalka said, “The gold anomalies identified have a scale and continuity that may indicate the presence of significant gold mineralisation, and we are excited to progress towards drilling at Golden Chimney.’’ 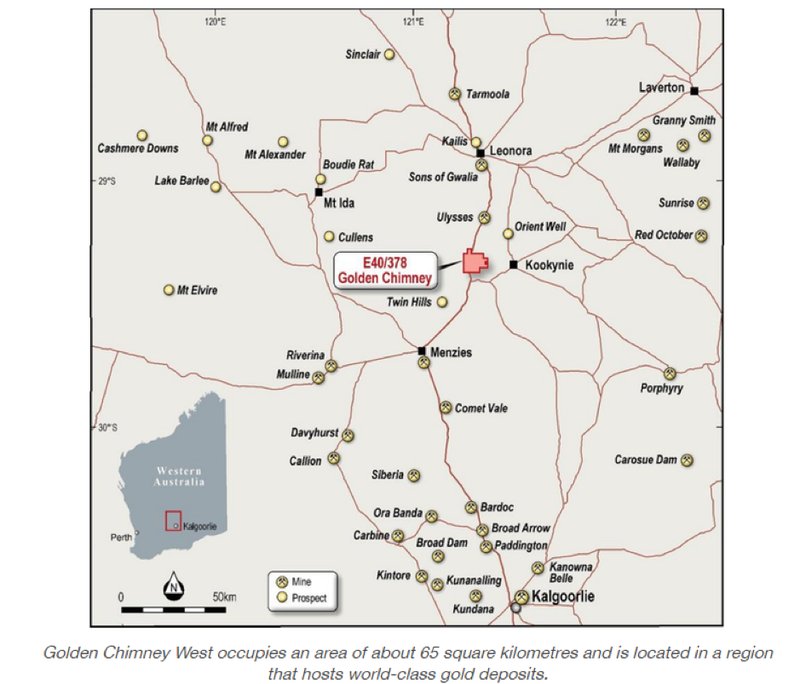 Shree has defined eight prospects, but only Golden Chimney has been drilled by previous workers.

Multi-element anomalies have been outlined throughout the tenement. 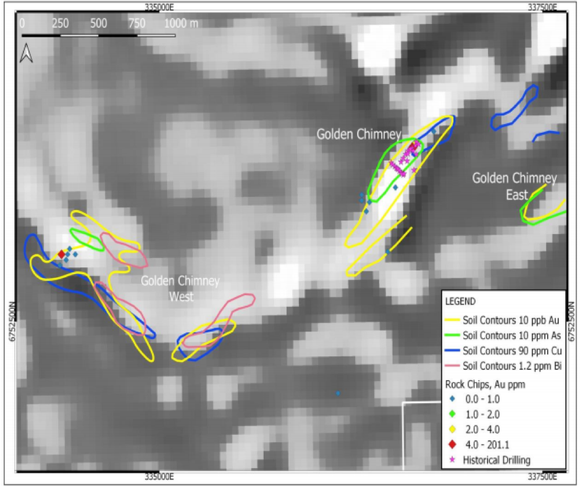 At Golden Chimney West anomalous geochemistry extends to the east around the fold closure into a north easterly orientation.

Anomalous geochemistry then extends for a further 750 metres on the east limb of the fold closure.

At the Golden Chimney West Prospect, the main north-westerly orientated 10 ppb gold contour is 900 metres long and is coincident with anomalous multi-element geochemistry.

Historical rock chip assays up to 15 ppm gold have been recorded at Golden Chimney West.

An historical soil survey was completed at the Golden Chimney Prospect in 1993 on a local but unregistered grid.

This grid can now be tied into the Mapping Grid of Australia, following the discovery of old in-situ grid pegs during fieldwork completed by Shree.

The historical survey shows a robust and continuous gold anomaly that is open to the south-east as illustrated below. 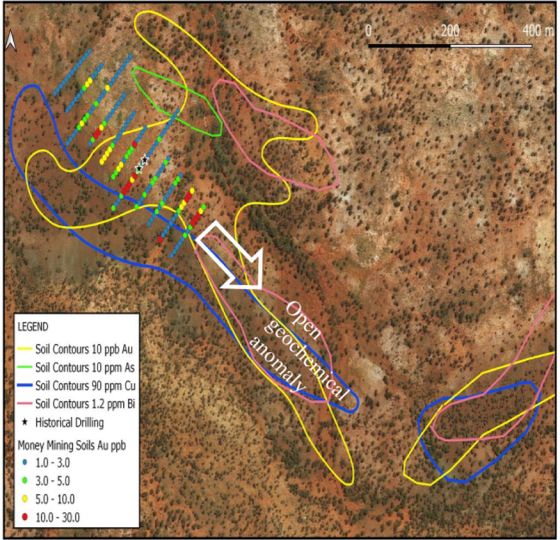 The gold anomalies identified by the auger sampling have a scale and continuity that may indicate the presence of significant gold mineralisation.

Some gold anomalies are reinforced by multi-element signatures which may confirm the presence of gold mineralisation.

Also, new, previously untested areas, including Golden Chimney East, have multi-element anomalies that will be refined and possibly upgraded by the completed extensional auger sampling.

The Golden Chimney West Prospect is a significant, two kilometre long, gold and multi-element geochemical anomaly that is untested by drilling.

The auger anomaly has been confirmed and reinforced by historical soil sampling.

Assay results from the in-fill auger sampling are expected in two to three weeks.

The target generation phase will be followed by the drilling phase of higher priority targets which will begin with reverse circulation (RC) drilling of up to 200 metre deep holes.