Share price catalysts on the horizon for Superior Lake

It was a disappointing end to fiscal 2019 for Superior Lake Resources Ltd (ASX:SUP) as the company’s shares collapsed 35% in the space of 10 days, a development that could largely be attributed to a heavily discounted capital raising on June 26, 2019.

The company also appeared to feel the brunt of tax loss selling on the last day of the financial year as its shares declined under heavy volumes.

Notwithstanding these negative developments, Superior Lake is a stock to watch over the next 12 months as it focuses on the redevelopment of the high-grade Superior Lake Zinc Project in north-western Ontario, Canada.

Even in the near term, there are potential share price drivers, in particular the release of the definitive feasibility study (DFS).

A restart study completed in 2018, forecast that the project could potentially produce approximately 46,000 tonnes of zinc per annum with estimated all in sustaining costs (AISC) of US$0.51 per pound.

Even though the zinc price has fallen substantially in the last six months, a factor that has also created negative sentiment towards Superior Lake, the forecast AISC as indicated below implies a healthy margin of US$0.55 per pound based on the current price of US$1.06 per pound.

It is worth noting that when the restart study was released, the zinc price was trading in the vicinity of US$1.25 per pound, indicating that it is currently only about 15% shy of that mark, questioning whether investors using the restart study as a benchmark should be applying what could only be described as a substantial discount to valuation based on the commodity price retracement.

While the restart study is a low-level technical and economic assessment with a +/- 35% degree of accuracy, it carries some relevance evidenced by the company’s share price performance when it was released.

Following the release of the result in October last year, shares in Superior Lake surged 15% in the ensuing days to hit 5.3 cents, a level that remains the company’s 12 month high.

Following the June share price weakness we referred to earlier, there was a recovery in July which was more than just investors taking advantage of an oversold stock.

Importantly, it was driven by encouraging drilling results at brownfield exploration targets.

Further exploration results along with the completion of studies (particularly the DFS) which should add further weight to the restart study appear to be the key share price catalysts for the remainder of 2019.

The completion of a positive DFS could well trigger the group’s entry into offtake agreements.

Offtake agreements, along with progress with permitting and approvals would significantly de-risk the project, paving the way for financing which would be central to the company realising its goal of commencing construction in the first half of 2020.

Superior Lake’s ability to expand its resource through exploration appears to be relatively strong as outlined in the following graphic.

It is worth noting that the group’s exploration focus is on targets in close proximity to the existing deposits, indicating that success could potentially add mine life or an increased production profile under a relatively fixed cost base given that the group would not require a standalone project supported by its own infrastructure.

Negotiating offtake agreements and securing satisfactory financing terms will be two of the company’s key goals in the next 12 months.

Management recently said that Orimco Resource Investment Advisers, the company’s advisors with respect to project financing, sent an Information Memorandum to numerous major global banks and resource funds based in both Australia and overseas during the June quarter.

Management provided some additional details regarding potential offtake agreements in the course of delivering the quarterly activities report last week.

Management sees this as an endorsement of the quality of the concentrate to be produced, and there is also the potential for such support to extend to financing.

Melbourne-based research house, BW Equities initiated coverage of Superior Lake last week with a buy recommendation and a target price of 6.5 cents, implying a capital return of more than 250% at the time the report was released when the company’s share price was 1.8 cents.

In summing up his thoughts on the group, analyst Daniel Seeney said, ‘’SUP provides investors exposure to an emerging zinc producer in a stable jurisdiction, with lightly explored ground and proven production history.

The project can come into production quickly (we expect 2021) with the benefit of existing infrastructure and permitting.

Furthermore, the shares trade at a significant discount to our 6.5 cents per share valuation, set using 1.0x P/NPV based on our DCF valuation.’’ 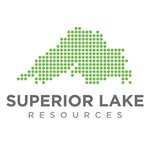