Rumble Resources Ltd (ASX:RTR) has provided an update on the scheduled RC drill program at the Nemesis Gold Project 40 kilometres north of Cue in the Murchison Goldfields of Western Australia.

RC drill holes will be targeting the depth extensions of the historic Nemesis gold mine for potential high-grade mineralisation, with holes planned to test areas of historic elevated gold in soil anomalism west and east of the Nemesis mine within the Nemesis Shear Zone.

The Nemesis Shear Zone is believed to “extend under a laterite plateau to the east” and has not yet been drill tested; furthermore, strong gold in soil anomalism has not been drilled tested to the west either.

It should be noted that RTR is an early stage company and investors should seek professional financial advice if considering this stock for their portfolio. 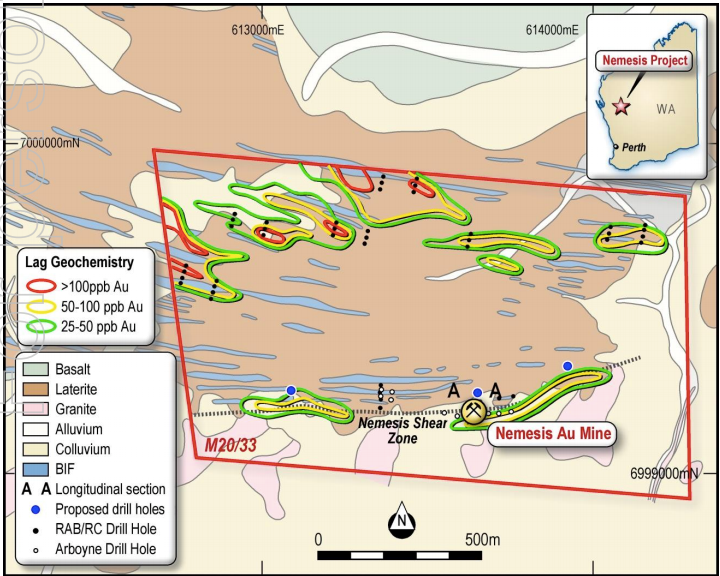 Historic workings undertaken at the Nemesis gold mine have extended to a maximum depth of 70m with three steep plunging high-grade gold (average grade of 98 g/t gold) shoots (85° to the east) over a strike length of 60m.

Further, the RC drilling along strike to the east was very shallow (maximum vertical depth of 35m) and did not test the plunging mineralisation. RTR therefore plans to complete up to three RC drill holes targeting high-grade gold mineralisation below the current Nemesis ore shoots, as shown below: 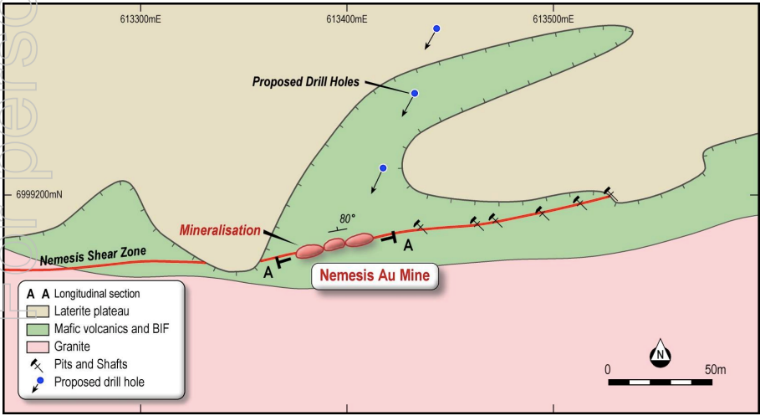 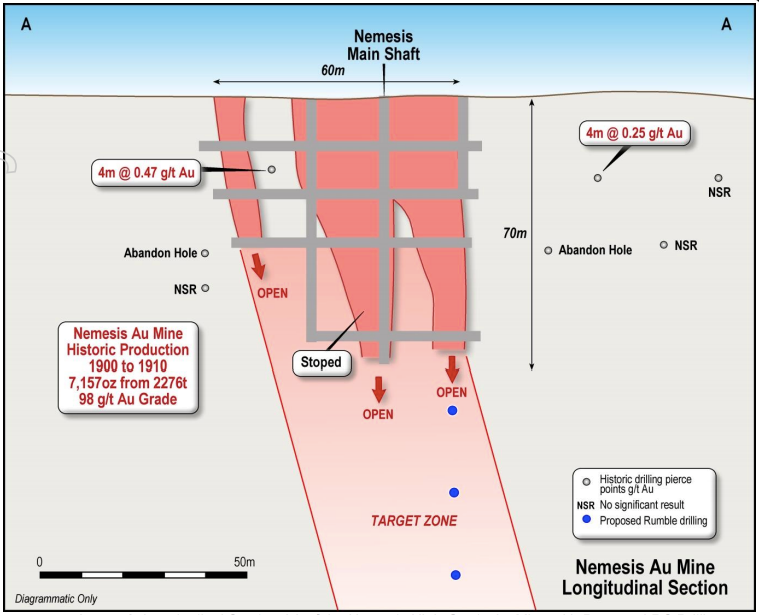