‘’We intend to move forward aggressively on a drilling campaign at Mt Mansbridge in the March quarter of 2021 for which we are comfortably fully funded.”

With the project area covered by numerous historical geophysical datasets and government surveys, the individual surveys were merged and reprocessed to undertake a geophysical review of targets.

Areas that present as particularly promising targets are highlighted below (refer to scale on right-hand side). 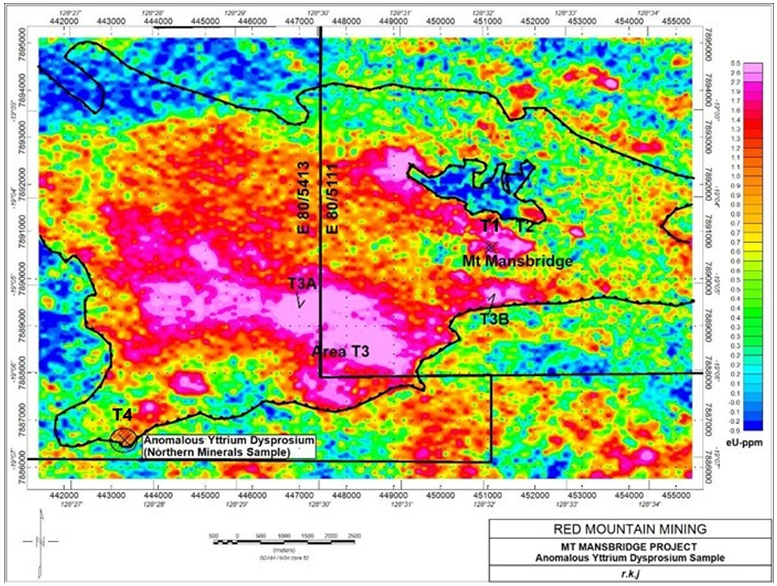 This dysprosium-rich target (T4) is seen to occur within a strongly silicified siltstone unit and is located in close proximity to the southern unconformity as highlighted above.

Prospects T1 and T2 coincide with a broad REE soil anomaly defined by Quantum Resources from their ground sampling program and is coincident with historically reported xenotime mineralisation.

The REE soil anomaly is seen to occur at the base of the unconformity and within the basement sandstone beds which are seen to correlate radiometrically as shown below. 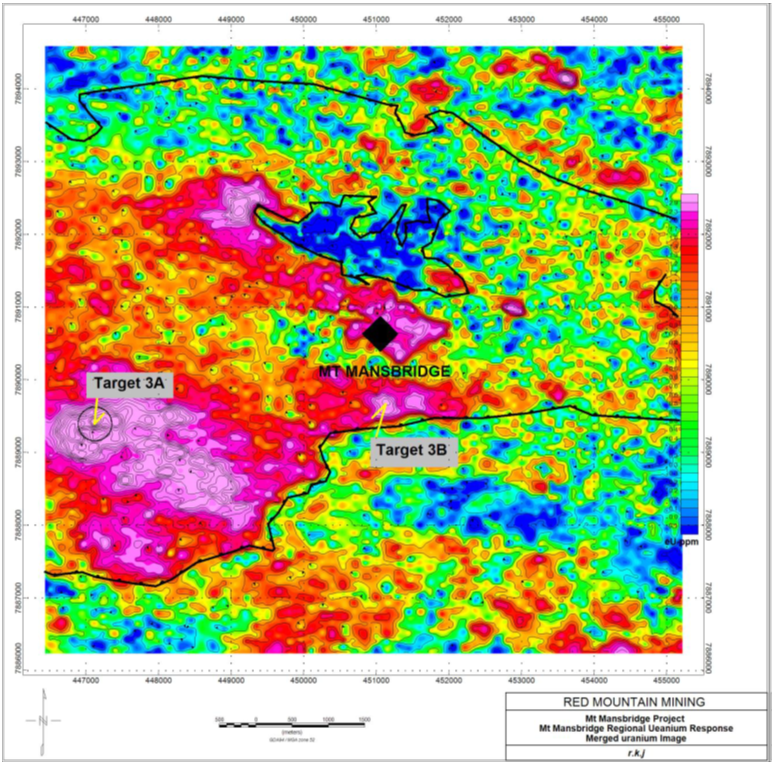 The total REE are highest near the old BHP vein occurrence and at higher levels in the land surface around the unconformity between Killi Killi Beds and Gardiner Sandstone and within the basal zones of the Gardiner Sandstone.

Prospect area 3 (T3A and T3B) is seen to host the prospective sedimentary Killi Killi Beds which outcrop and are unconformably overlain by the younger Gardiner Sandstone to the south.

With a well-defined unconformity, similar geological setting and radiometric correlation, area T3 is considered prospective for both hydrothermal vein-hosted and unconformity-related REE mineralisation.

However, further follow-up is required to validate the occurrence of REE mineralisation at area T3.

With rare earth prices sensitive to trade wars and China controlling circa 98% of the supply of global dysprosium production, there is a strong global interest for new sustainable sources of HREE supply outside of China.

The recent advances in progressing the commercialisation of the Browns Range Heavy Rare Earth Project has further validated the need to explore for heavy rare earths at Mt Mansbridge.

With a similar geological setting, presence of xenotime and proximity to the Browns Range has increased the potential for REE discoveries at Mt Mansbridge project area.