Red Mountain Mining Limited (ASX:RMX) has provided an update on all of its project activities, with a particular focus on the proposed acquisition of the Mt Mansbridge HREE project (heavy rare earth elements) which is prospective for rare earths and nickel-cobalt.

Setting aside this most recent development for the moment, it is worth noting that Red Mountain completed the required heritage clearance survey, and secured a reverse circulation (RC) drill rig for its maiden drill programme at Mt Maitland high-grade gold project in Western Australia.

The programme is planned for 18 holes for approximately 1300 metres, with onsite earthworks and preparation having already been completed.

Drilling is scheduled to commence in the first week of November, and given that historical mining delivered an average production grade of 19 g/t gold there could be early stage share price catalysts on the horizon. 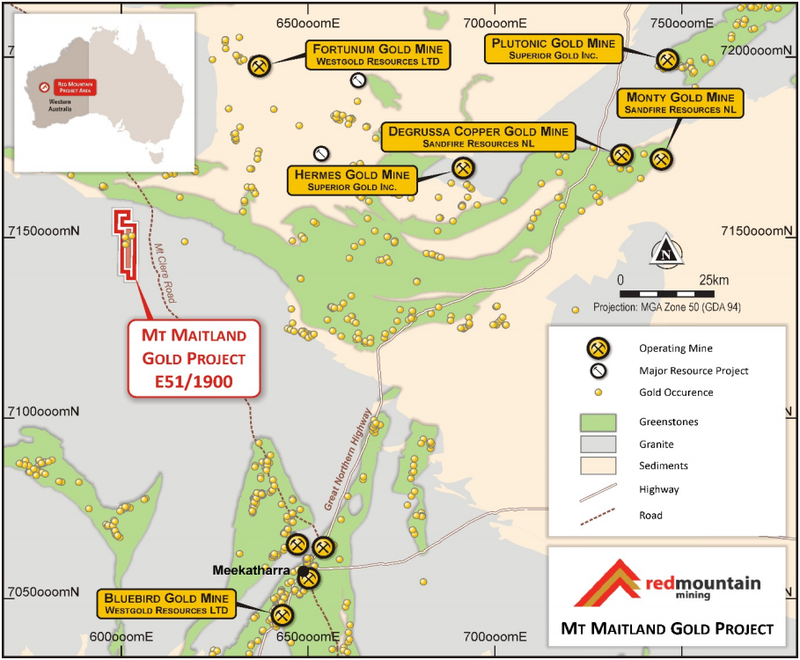 While Mt Maitland is likely to provide near-term news flow, the medium to long-term prospects of the group’s foray into a new rare earths/nickel-cobalt project is also likely to be well received by investors.

Management has reached an agreement with ARD Group (ARD), the vendors of the Mt Mansbridge heavy rare earths project, to favourably restructure the transaction that was voted against by shareholders in March 2020.

While the asset sounds attractive, completing the acquisition hasn’t been plain sailing.

However, the end result in terms of contract terms and the balanced mix of debt and equity appear favourable with management saying, ‘’The Board is pleased with the dual result of significantly reduced share dilution and no milestone consideration for the acquisition of the Mt Mansbridge Rare Earths Project.

In addition, with COVID uncertainty significantly reduced, access to the Kimberley region has improved substantially compared to March of this year when the asset was first presented to shareholders.’’

Located in the Kimberly region of Western Australia, the project area is approximately 130 kilometres south-east of the township of Halls Creek and consists of three contiguous granted exploration licenses E80/5111, E80/5229 and E80/5413 which combined cover a total area of 280 square kilometres.

Shares in Northern Minerals have doubled in the last four months. 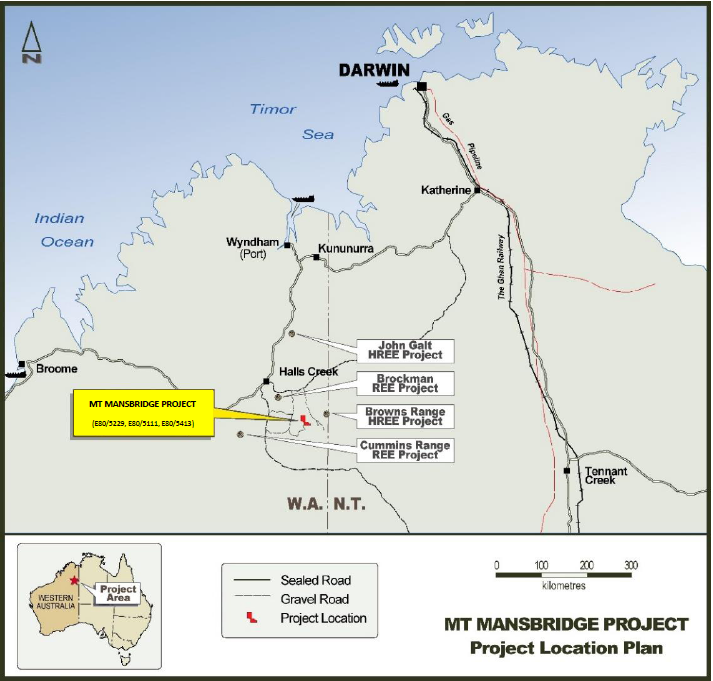 The project area has been subject to exploration activities since the 1970s, primarily for uranium, gold and diamonds which were all unsuccessful.

The presence of the REE mineral xenotime in the Killi Killi Prospect has been overlooked and RMX now see the opportunity to capitalise on this and determine whether there is an economically viable concentration of REE’s.

Also, within the project area is the Déjà vu Prospect that contains an ultramafic intrusion which RMX intends to assess from the perspective of nickel-cobalt prospectivity.

In response to the security of REE supply and global demand for battery minerals due to the rapid growth in lithium ion batteries for electric vehicles, Red Mountain Mining seeks to fast track exploration and development of the Mt Mansbridge Project as the outlook for Heavy Rare Earth Elements (HREE) and nickel-cobalt continues to strengthen.

The $1.5 billion takeover bid for Lynas Corporation by Wesfarmers Limited (ASX:WES) and the recent speculation that China may restrict further material to the US has once again seen a surge in Rare Earth prices and renewed market interest and investor sentiment back to the sector.

With China currently responsible for more than 80% of global supply of rare earths, there are supply chain concerns as Beijing could use its dominant position as a rare earths exporter to the US as leverage in the trade dispute with the sector being the next front in the trade war.

This has resulted in a strong global interest in the identification and development of non-Chinese sources of rare earths to reduce the dependence on supply from China.

On September 30, US President Donald Trump issued an official statement addressing the ‘national importance of reliable access to critical minerals’, focusing on America’s need to be independent from critical mineral imports by ‘foreign adversaries’.

With the US currently importing 80% of its rare earth elements directly from China, President Trump declared a state of national emergency and emphasised efforts in strengthening domestic mining and processing capacity.

The future supply of heavy rare earths is critical in the development of high-tech applications and high-performance magnets used in electric vehicles and wind turbines.

The crackdown by Chinese authorities on the mining of ionic clay deposits in Southern China for environmental reasons, the lack of substitutes along with very few significant sources of heavy rare earths outside of China, has resulted in a favourable outlook for the commodities.

With very few significant heavy rare earth resources outside China and the global diversification away from the Chinese supply chain, this represents an excellent opportunity for Red Mountain to explore and develop new sources of heavy rare earths outside of China.

As part of funding the exploration programme at Mt Mansbridge, Red Mountain has received firm commitments to raise $360,000 (before costs) via a share placement to professional and sophisticated investors.

The Placement will be undertaken at 1.2 cents per share and is subject to shareholder approval.

It is worth noting that Red Mountain has a number of other projects at various stages with Mt Maitland being very prominent in its project portfolio.

It was only recently that a company employee picked up more than his week’s wages at the site. 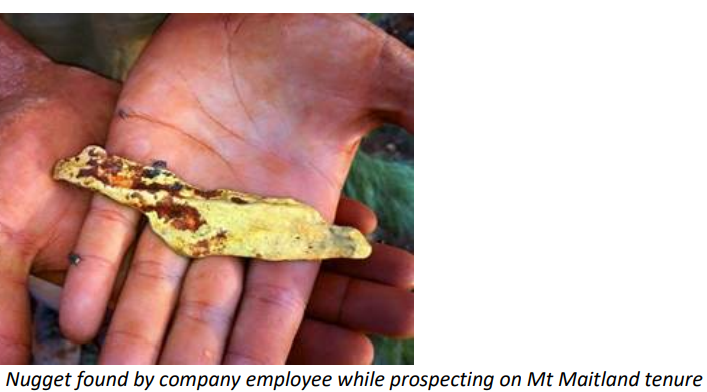 Elsewhere, a preliminary groundwork exploration programme has been designed for prospective regions within the granted Koonenberry tenement EL8997, with land access agreements currently in the process of being finalised.

The Koonenberry Gold Project covers approximately 660 square kilometres, and is located in a geologic setting considered analogous to the prolific Victorian Goldfields located in south-eastern Australia.