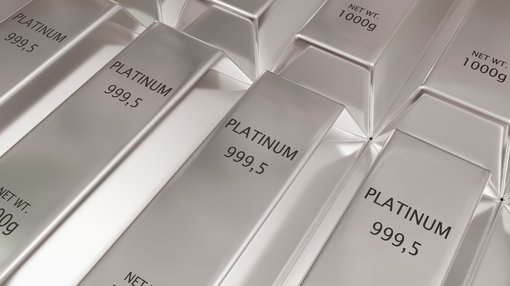 Pursuit Minerals Ltd (ASX:PUR) has backed up promising news on Friday with an announcement on Monday regarding survey results that bode particularly well for upcoming drilling at its Warrior Project in Western Australia (PGE-nickel-copper).

The Warrior Project is in reasonable proximity to Chalice Mining Ltd’s Julimar Project, where the Gonneville PGE-nickel-copper discovery has been a company maker.

Just as Chalice’s share price rocketed in 2020, it would seem that Pursuit could well maintain a similar trajectory, having increased 300% in the first three months of 2021.

Today’s news is likely to build on those gains, particularly given that there is some highly promising comparative data between Pursuit’s advanced high-tech MLEM surveying and that conducted by Chalice.

The focus has been on the Phil’s Hill Target (see below) at Calingiri East as this represented a priority drill target from preliminary aerial electromagnetic (AEM) data, and it is worth noting that on face value Pursuit’s MLEM metrics are superior to that released last week by Chalice in a development that triggered a sharp share price rerating. 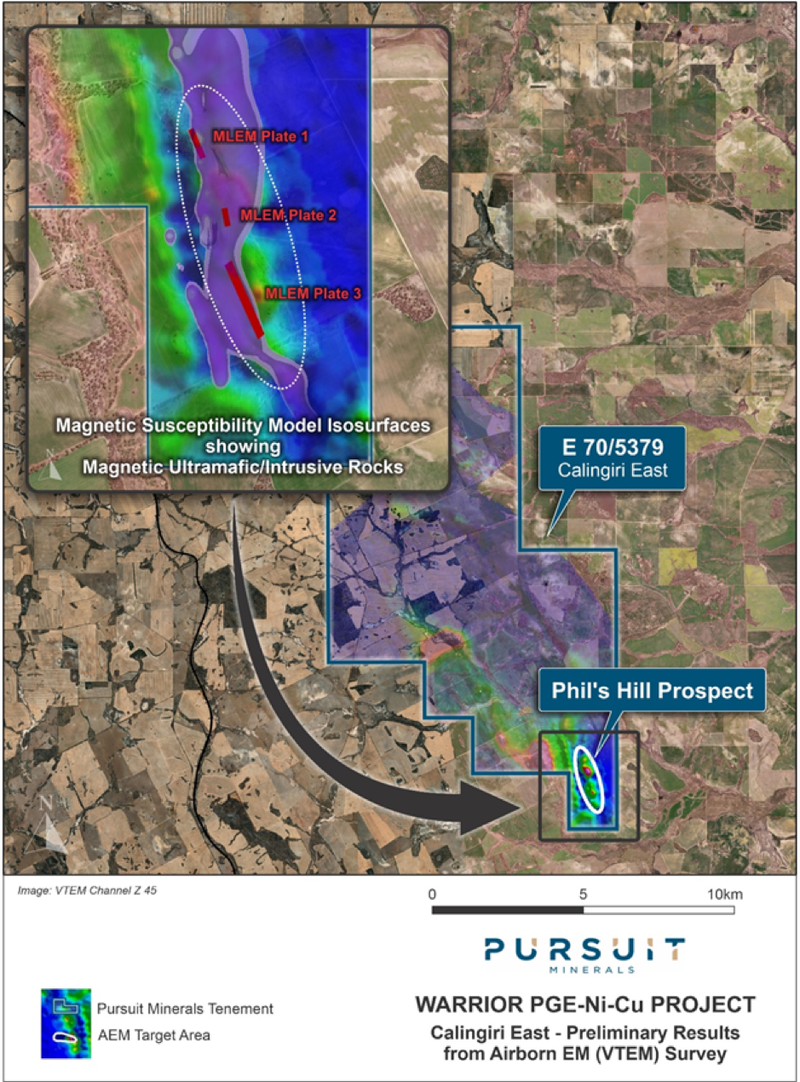 Pursuit expects that additional targets from both the AEM and infill MLEM will be identified once the final interpretation has been completed.

Additional conductors and PGE-Ni-Cu targets, identified from the interpretation of the final AEM data over Calingiri East, Wubin and Wubin South and Calingiri West, will be followed up with a second phase of MLEM surveys and ground follow-up programs.

Commenting on these developments, managing director Mark Freeman said, "The company is extremely pleased with the generation of the Phil’s Hill Prospect, a highly conductive drillable prospect.

"The pace at which the company has progressed its exploration activity at the Warrior Project is a reflection of the phenomenal effort put in by the exploration team.

"We are now planning our inaugural drilling program within four months of acquiring the Warrior Project.

"Pursuit will advise the market of the full AEM results in due course, together with definitive timing of the drilling program on the Phil’s Hill Prospect.”

The MLEM numbers pose the question, is this another Julimar

It is likely to be the MLEM data that triggers investor interest today, particularly for those who have followed the Chalice story closely as its shares increased from about 40 cents 12 months ago to hit $5.00 just last week, interestingly on the back of MLEM survey data located directly north of the Gonneville discovery (Harthog).

Of Chalice’s 29 preliminary modelled MLEM conductors at Harthog, only one exceeded the bottom end (2870 Siemens) of the three lines of data modelled at Phil’s Hill shown below.

Siemens is the measurement used to measure conductivity/thickness, and all of the above recordings that were over a strike length of approximately 900 metres are well within the known range of conductance for the Gonneville discovery.

To put these results in perspective, aside from one line measuring 3750 Siemens at Harthog, there was only one other of the 29 that came close to the Phil’s Hill data and it measured 2600 Siemens.

Further, only three others were 2000 Siemens or better.

Consequently, if Chalice’s data could trigger a share price spike of nearly 10%, Pursuit could be in for a significant rerating.

Due to the compelling nature of the PGE-Ni-Cu target at the Phil’s Hill Prospect, Pursuit is now moving to expedite drill testing.

A Land Access Agreement has been executed and a drilling program is currently being prepared.

Timing is now only contingent on Aboriginal Cultural Heritage requirements being met.