Commenting on the results, Pursuit Minerals’ Managing Director Jeremy Read said, “The results from hole BB01-17 are intriguing due to the significant width of zinc and lead sulphides intersected and the bands of higher grade zinc within the overall mineralised package of rocks”.

From a geological perspective, Read said the results from the drill hole confirm that Bluebush is a major SEDEX style zinc-lead system with significant potential.

As a backdrop, The Bluebush Project is one of two key projects Pursuit recently purchased from Teck Australia. Within the Bluebush Basin, which is classified as a second-order sub-basin analogous to the sedimentary basin at the Century Zinc Mine, zinc mineralisation extends over an area of 120 square kilometres. 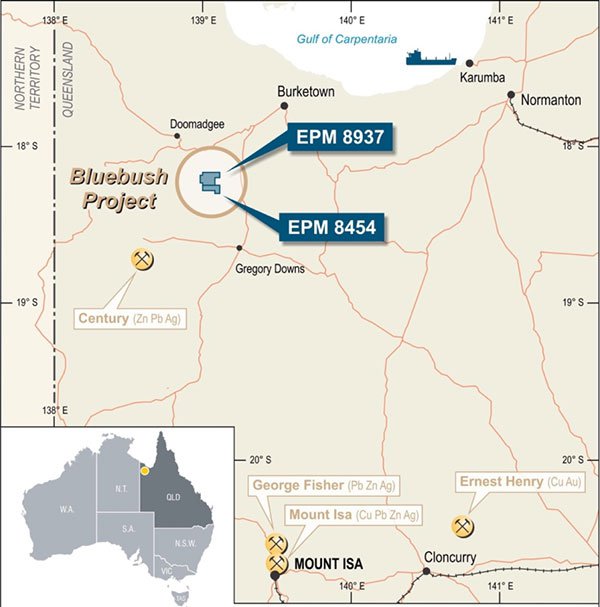 The drilling program, which was just concluded with the fifth and final hole had the objective of discovering a focal point to the larger Bluebush zinc mineralisation system. This should provide the necessary information to conduct a more targeted follow up drilling program in 2018 with the ultimate goal of defining a mineral resource.

With this in mind, it would appear that PUR is likely to be a news-flow driven story in the near term, as geochemical results from the other four holes will put the assay results from the first hole into context.

With Bluebush being in close proximity to the Century Mine, a prolific zinc producer, Gavin Van Der Wath from EverBlu Research suggested in recent coverage that it is possibly the largest area of zinc mineralisation in Australia.

He noted that the Mt Isa Inlier situated in north-west Queensland contains the largest concentration of zinc deposits on the planet and occupies an area of more than 50,000 square kilometres.

Working in PUR’s favour is the fact that the broader area has been extensively explored in the past, providing the company with a large amount of data. Furthermore, significant infrastructure is in place, including the mothballed Century Mine processing plant, powerline to the Century Mine, a slurry pipeline to the coast, road access and an airstrip.

Also taking into account PUR’s highly prospective Paperbark Project located 25 kilometres south-east of the Century Mine, Van Der Wath has attributed a price target of 88 cents per share to PUR, implying upside of nearly 300 per cent to Wednesday morning’s opening price of 22.5 cents.