The Warrior Project is in reasonable proximity to Chalice Mining Ltd’s Julimar Project, where the Gonneville PGE-nickel-copper discovery has been a company maker.

Just as Chalice’s share price rocketed in 2020, it would seem that Pursuit could well maintain a similar trajectory, having increased 300% since the start of year.

This week's news regarding the commencement of surveys at the Wubin and Wubin South Project areas suggests there could be scope for further share price upside given the MLEM program is designed to further refine the orientation and position of EM anomalies prospective for PGE-Ni-Cu sulphide mineralisation and provide targets for drill testing.

More recently, the focus has been on the Phil’s Hill Target at Calingiri East as this represented a priority drill target from preliminary aerial electromagnetic (AEM) data, and it is worth noting that on face value Pursuit’s MLEM metrics are superior to that released a fortnight ago by Chalice in a development that triggered a sharp share price rerating.

A soil sampling program was completed over the Phil’s Hill Prospect on the Calingiri East tenement, along with follow-up soil sampling over all lines read with MLEM line with much anticipated results expected within four weeks.

Due to the compelling nature of the PGE-Ni-Cu target at the Phil’s Hill Prospect, Pursuit continues to expedite drill testing, and progress is now contingent on Aboriginal Cultural Heritage requirements being met.

Additional conductors and PGE-Ni-Cu targets, identified from the interpretation of the final AEM data over Calingiri East and Calingiri West will be followed up with a second phase of MLEM surveys and ground follow-up programs. 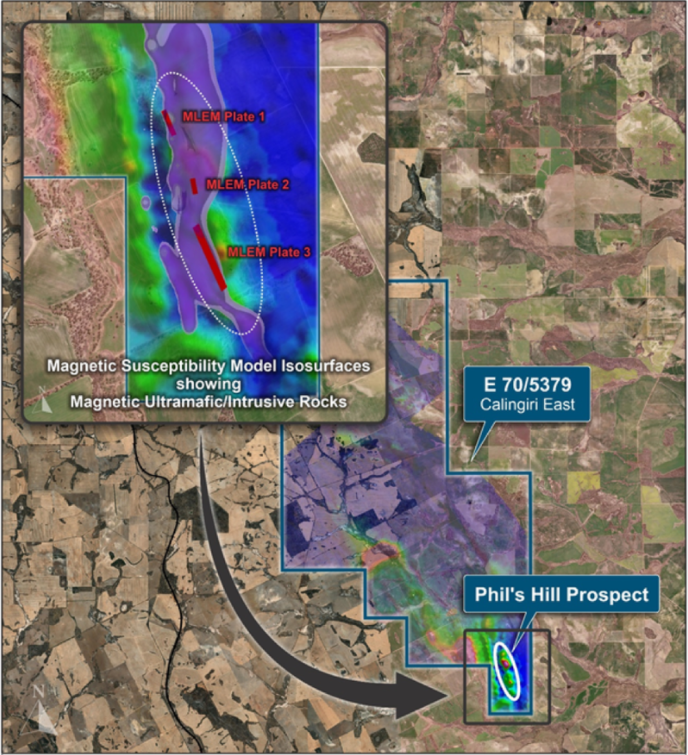 "Soil sampling results are in progress over the interpreted EM targets and we expect results back from the laboratory within the next 3-4 weeks.

"The MLEM Surveys at Wubin and Wubin South should provide additional drilling targets for our upcoming inaugural drilling program.

"We are currently liaising with drilling contractors and expect to be able to announce commencement of drilling within the next 2-3 months once all government and Aboriginal Cultural Heritage approvals are in place.”

Results of soil sampling along with the likelihood of additional drilling targets emerging could see the company’s shares push above the recent 12 month high of 9.7 cents.