The Australian commodities recovery is gradually impacting every state in Australia, as yet another ASX junior delivers high-grade assay results from Queensland.

Other intersections from this particular hole have included:

Samples from the JB Zone zinc-lead mineralisation have been submitted for dense media separation testing, to further investigate the potential to upgrade the zone’s mineralisation and determine if a stand-alone project could be economically viable.

Commenting on its first intersections, PUR Managing Director Jeremy Read said: “The mineralisation at the JB Zone is of substantial thickness and within the overall mineralised package there are higher grade intervals which are able to be correlated from section to section within the Mineral Resource.

“The information we have obtained from drill hole PB01-17 will assist in our overall evaluation of the economic potential of the JB Zone Mineral Resource. In particular it has provided fresh mineralisation which we have sent off for Dense Media Separation testing to determine if, through the use of DMS, the JB Zone can deliver an economic standalone project.”

It should be noted here that PUR is a speculative stock and investors should seek professional financial advice if considering this stock for their portfolio.

More about the Paperbark Project

The Paperbark Project is located approximately 215 kilometres north-northwest of Mount Isa and 25 kilometres south-east of the Century Mine in north-west Queensland. It occurs within the Lawn Hill Platform of the Western Succession of the Mount Isa Province. 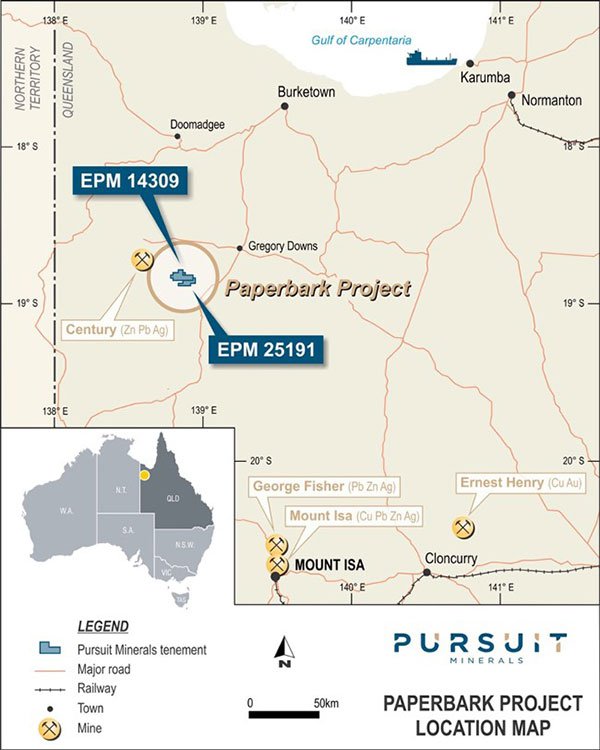