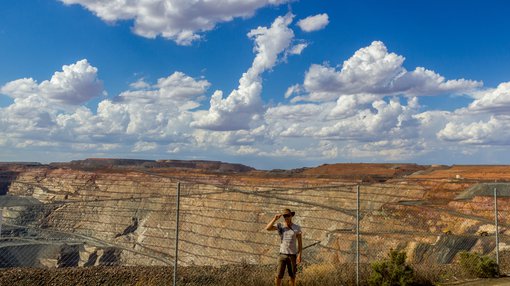 This represents a continuation of the group’s strategy to target this type of mineralisation in a relatively low-cost way, particularly focusing on the Yilgarn Craton region which offers further potential for exploration success due to its gold endowment.

The north-western margin of the Archean Yilgarn Craton is a new frontier for PGE-Ni-Cu mineralisation associated with intrusive mafic to ultramafic rocks.

The discovery of PGE-Ni-Cu mineralisation on the Julimar Project held by Chalice Gold Mines Limited in 2020, and Sirius Resources’ Nova project demonstrated that the margins of the Yilgarn Craton hold the potential for significant new world-class discoveries.

The Combatant Project shown below occurs on the north-west margin of the Yilgarn Craton, and Desert Metals with its Nayyer project is progressing exploration following an airborne electromagnetic (AEM) survey. 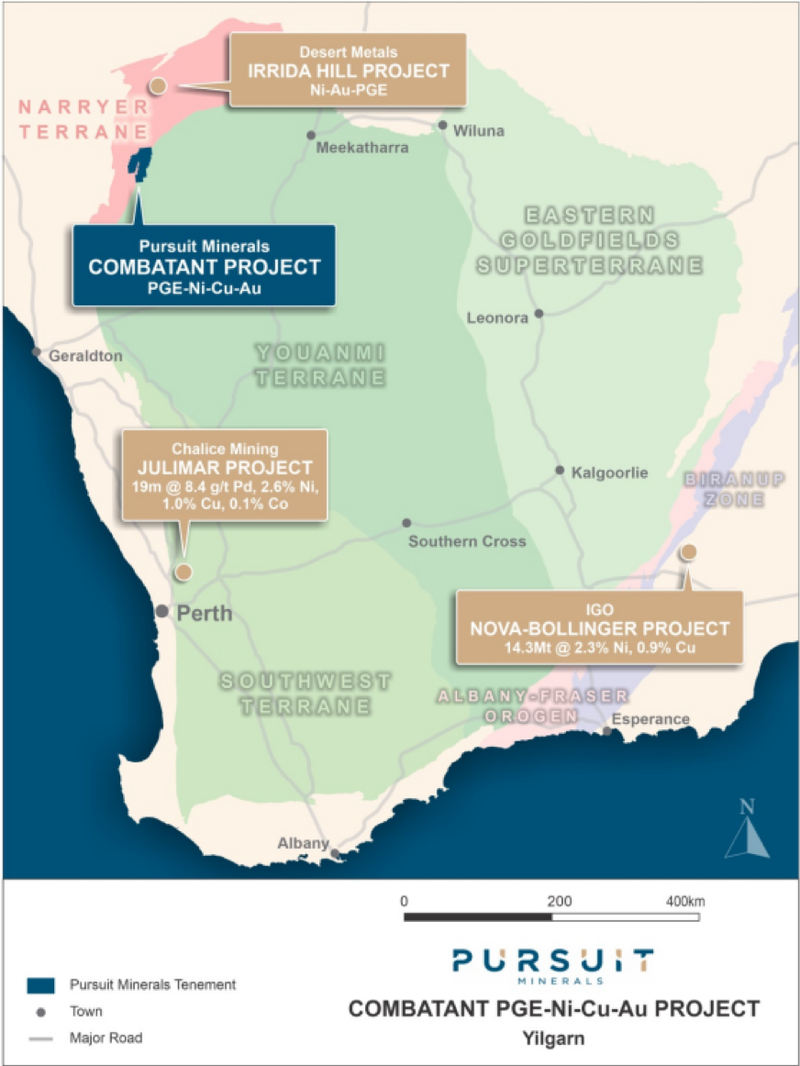 Pursuit to use a Julimar/Nova type strategy at Combatant

Pursuit has already made strong progress in establishing a portfolio of projects with this underlying focus.

Commenting on Pursuit’s decision to apply for the Combatant tenements, as well as highlighting the group’s progress with the Warrior Project, managing director Mark Freeman said, “Following success at our Warrior project, the Combatant tenement applications represent a low-cost way to add more PGE-Ni-Cu prospective ground to Pursuit’s portfolio focused around the margins of the Yilgarn Craton, with the bonus of possible gold mineralisation.

‘’Recent success by explorers such as Chalice, Sirius and Desert Metals has demonstrated that these significantly under-explored terrains are highly prospective for significant PGE-Ni-Cu mineralisation.”

Consequently, Pursuit intends to employ a similar exploration approach on the Combatant Project to that which led to the discovery of Julimar and Nova-Bollinger.

Pursuit intends to undertake its initial fieldwork on the Combatant Project during the April-June and July-September quarters 2021.

This work will consist of prospect scale geological mapping, rock chip and soil geochemistry, along with planning for electromagnetic surveys, to be followed by an initial drill program.

Preparatory work on the project has commenced and it has focused on the interpretation of aeromagnetic data covering the two tenements in order to identify magnetic anomalies which are potentially due to mafic and ultramafic intrusions.

The Warrior Project covers a number of known mafic-ultramafic rock units and unexplored magnetic and gravity anomalies suspected to be mafic and ultramafic intrusive rocks.

Just a fortnight ago, moving-loop ground EM (MLEM) surveys were commenced with a view to following up six highly prospective targets on the Calingiri East Project which were identified from the airborne EM survey completed in February.

The MLEM program is designed to further refine the orientation and position of the six EM anomalies and provide targets for drill testing.

The prospectivity of the Warrior Project for PGE-Ni-Cu mineralisation has been confirmed by previous aircore drilling at Calingiri East intersecting up to 1420ppm nickel in mafic rocks and anomalous platinum and palladium previously intersected at Wubin.

The Calingiri West tenement covers part of the Sovereign Magnetic Complex and is immediately adjacent to late-time AEM anomalies recently defined by Devex Resources (ASX: DEV) which it is planning on commencing drilling in the near term.