Pursuit builds on Wubin South and opens up gold prospectivity

Shares in Pursuit Minerals (ASX:PUR) have doubled in the last three weeks, and news released on Monday morning regarding the application for a new exploration licence at Wubin South that will expand the group’s landholding in a highly prospective PGE-copper-nickel province could well lead to further upside.

Wubin South will increase the landholding in the highly prospective Western Yilgarn to 648 square kilometres.

Of particular interest is the area’s additional gold prospectivity.

Management’s confidence in the area has been buoyed by the identification of belts of aeromagnetic anomalies prospective for PGE-nickel-copper mineralisation at Wubin and Calingiri East.

The company plans to undertake airborne electromagnetic surveys in early 2021 in order to generate drilling targets.

Pursuit aiming to be the next Chalice

This was a company making discovery for Chalice Mining, one which resulted in the company’s shares increasing more than 1500% in 2020 and its market capitalisation pushing above the $1 billion mark.

Pursuit would no doubt like to emulate Chalice’s achievement, but while this may seem out of reach for a mere minnow with a market capitalisation of $16 million, one wouldn’t be surprised to see a significant rerating particularly if the group is able to deliver positive exploration results in 2021.

From a geological perspective, the PGE-nickel-copper mineralisation at Gonneville is associated with mafic and ultramafic intrusions, which can be recognised in regional aeromagnetic data.

The Gonneville PGE-Ni-Cu mineralisation is conductive and can be located using airborne electromagnetic data.

Utilising the regional aeromagnetic data, management has identified aeromagnetic anomalies prospective for such mineralisation over the company’s Wubin and Calingiri East prospect areas with Wubin and Wubin South shown below. 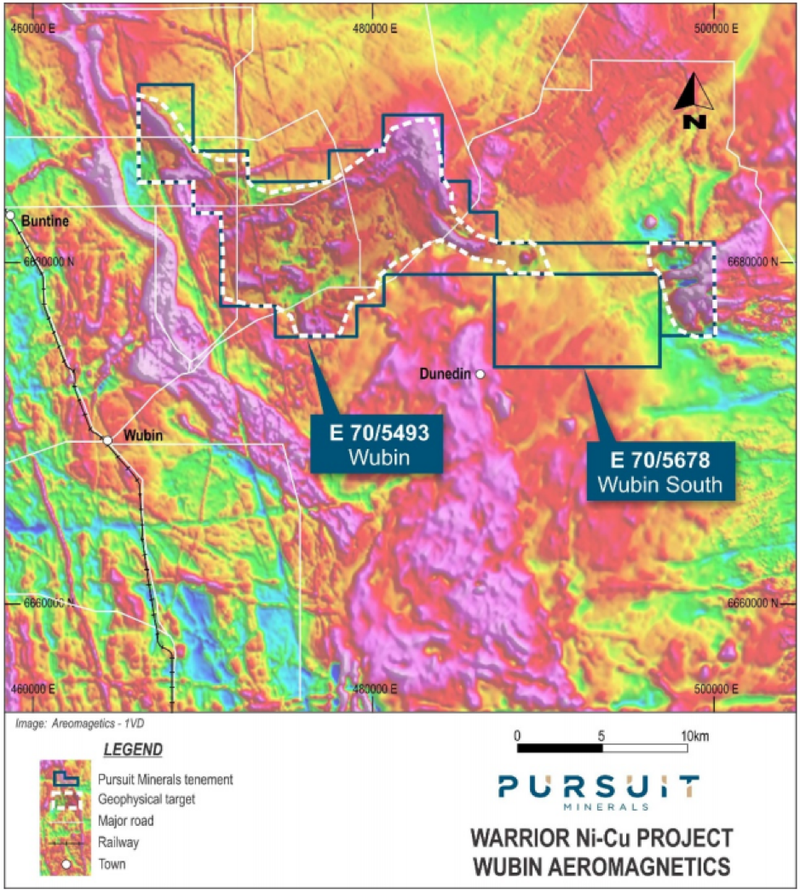 In terms of achieving a share price rerating, the first goal will be to establish sound drilling targets in early 2021, but the real kicker would be some exploration results that point to continuity of mineralisation, similar to that identified by Chalice.