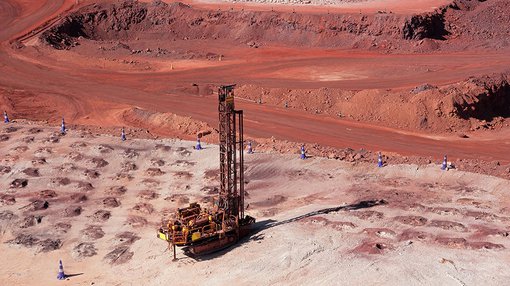 These results relate to 13 reverse circulation (RC) drilling holes at the Steven Ridge and Isle prospects, situated at the eastern half of tenement E09/2217 and immediately west of the Pools prospect. Drill results at Pools, which pointed towards large Resource tonnage potential, were released to market at the end of January.

Most recent RC drilling results include:

PM1 has confirmed that mineralisation extends a further 8.6 kilometres to the northwest of the Pools and Julia prospects, where manganese mineralisation was identified in drilling over an 8.3 kilometre strike length. 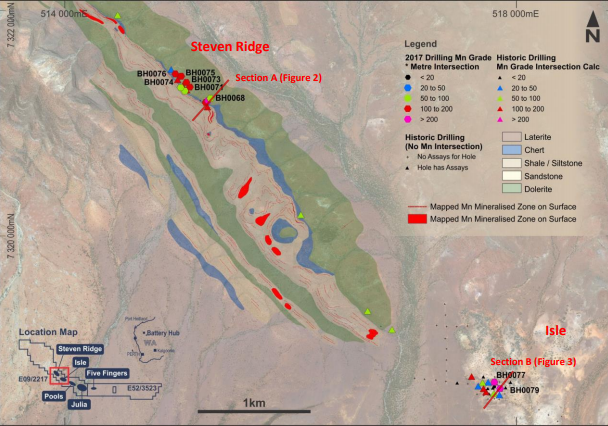 These holes represent the deepest holes to date, suggesting high grades extend below the zone weathering. Mineralisation was identified to a median maximum depth of 40 metres.

15 significant primary intercepts were observed from 12 mineralised holes, with a median thickness of manganese mineralisation of 20 metres. Seven of the intercepts included a medium grade core averaging 6.1 metres thickness with a weighted average grade of 15.32 per cent manganese.

Another objective here was to confirm historic drilling for which no physical records remain. More than 1,500 samples were submitted to ALS Global laboratory in Wangara, WA, for assay testwork in December.

PM1 plans to begin preliminary metallurgical test work, designed to determine the potential for the various forms of mineralisation to be beneficiated or converted into a downstream product such as electrolytic manganese dioxide.