The good news continues to flow at Kingston Resources Limited (ASX:KSN) with the company releasing promising drilling results from its Livingstone Gold Project in Western Australia.

This comes just a week after the company tabled an impressive prefeasibility study in relation to its Misima Gold Project, a development that has provided sustained share price momentum which has seen the group trade at levels not seen since 2017.

We have more news on that which we will touch on later, with some particularly interesting assessments by Canaccord Genuity analysts who have a price target of 80 cents per share on the stock, implying significant upside to Tuesday’s closing price of 29 cents per share - check before publishing.

A key takeaway from the results was the consistently high-grade assays from the Homestead prospect.

The five RC holes that were drilled at the Homestead prospect spanned 513 metres and they were designed to expand on and confirm historical results from drilling conducted by Western Mining Corporation, Sons of Gwalia and Talisman Mining. 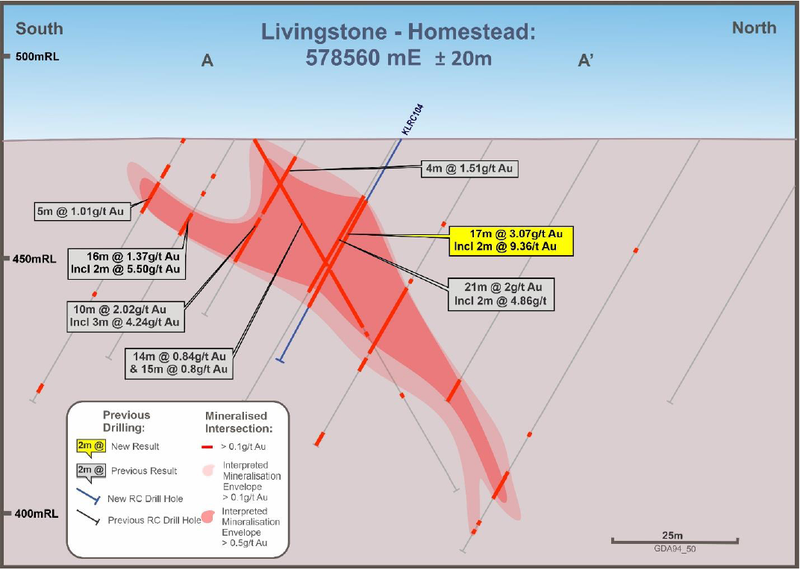 Management is currently conducting a project-wide geological study of the Livingstone tenement package that integrates all historical data as well as new information gained during Kingston’s tenure.

The geological study is designed to place the numerous individual prospects in the Livingstone area into a wider geological context, enhancing the understanding of the relationship between mineralisation at the various deposits, incorporating them within a mineral systems model and identifying and ranking areas that are highly prospective at both a deposit and district scale.

Drilling at the Stanley target and the Winja prospect was inconclusive and in part could not be completed.

Consequently, management’s geological study that will position targets at Livingstone within a mineral systems model that can be used to formulate a broader, project-wide exploration program for 2021 will be much-anticipated. 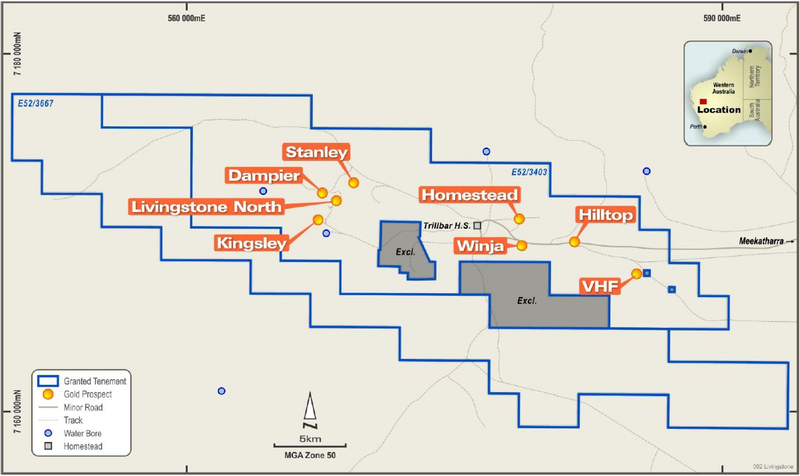 Misima is the main game

Harking back to the Misima PFS, this alone is enough to make for a compelling investment proposition, such that progress at Livingstone in 2021 would be icing on the cake.

With an anticipated mine life of 17 years and average production of 130,000 ounces per annum at a moderate cost of $1159 per ounce Spencer noted the strong economics that underpin the project.

He said that the PFS metrics exceeded his expectations, particularly in terms of the required upfront capital expenditure, a function of significant infrastructure already being in place.

The next key milestone is the definitive feasibility study (DFS) which should be completed in the second half of 2021 with the environmental impact study (EIS) approvals likely to occur in late 2022.

Spencer expects that this will see first production occurring in late-2023/early-2024.

However, there are multiple share price catalysts that will come into play during that period, including some of the potential upside opportunities Spencer highlighted, and this could see the company gradually push up towards his price target of 80 cents per share.

In highlighting Misima’s emergence as a quality development proposition Spencer said, ‘’ Aside from robust economics, peer comparisons show Misima screens well against other gold development opportunities on the ASX.

‘’Notwithstanding the PNG location, we see the potential of the project yet to be reflected in KSN's market valuation given some comparable projects/peer companies have between 4-8 times the market capitalisation.’’

Consequently, as peer comparisons are increasingly used to seek out undervalued companies, Kingston is likely to come under the spotlight, leading to a market capitalisation based share price re-rating.