The results of the study were generated following the discovery of a high grade phosphate zone and significant increase to the Mineral Resource at Dinner Hill. The results have identified reduced operating costs and the possibility to produce rock phosphate as a final product.

“The significant phosphate potential of Dinner Hill was recognised as we progressed our exploration in early 2015,” said Potash West Managing Director Patrick McManus.”

“As we had defined a new resource estimate this year some 100% higher than previously, from new drilling programmes, we took the decision to revise and update the existing scoping study findings for Dinner Hill. The drilling programme has identified a significant high grade section of the deposit. The high grade start-up delivers 5.5% P2O5 ore for the first five years, 90% higher than the source average.”

McManus said that these factors were the drivers of a number of changes to the project plan. These included installing a Sulphur burning acid plant which would increase initial capital cost, but substantially reduce operating costs for a mine life that is now double that of early estimates.

“As a result, the new findings reinforce that the Dinner Hill phosphate resource can provide a long term supply of single superphosphate to WA and the local region. The advantages of low cost mining, low sovereign risk, world class infrastructure in place, and short logistic chain to end users, combine to make the economics of this project compelling.”

PWN’s plan is to now develop the phosphate project as Stage 1 of a plan to produce potash, phosphates and alum from the extensive greensand deposits at Dinner Hill.

Potash West (ASX:PWN) is an exploration company focused on developing phosphate and potassium-rich greensand deposits in West Australia’s Perth Basin. The Company aims to define a substantial resource base and investigate how best to recover phosphate and potash from the mineral. The project is well situated in relation to infrastructure, with close access to rail, power and gas. A successful commercial outcome will allow the Company to become a major contributor to the fertiliser market at a time of heightened demand.

The Company has a major land holding over one of the world’s largest known glauconite deposits, with exploration licenses and applications covering an area of more than 2,700km2. Previous exploration indicates glauconite sediments are widespread for more than 150km along strike and 30km in width.

The company has 55% of a potash exploration project in the South Harz region of Thuringia, in Central Germany. The region has been a potash producing area for over 100 years. 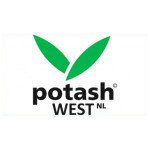