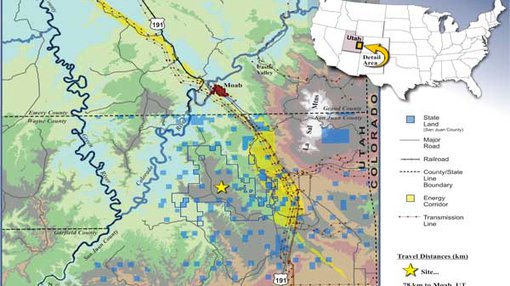 Changes in potash reporting requirements and some big moves by the industry’s main players have prompted Potash Minerals Ltd (ASX: POK) to reevaluate the resources at its Hatch Point joint venture in Utah.

Potash is a vital ingredient in fertilisers used for food production and has been identified by many analysts, including Goldman Sachs, as an influential commodity as the world’s population and demand for food increases.

POK has a 90% stake in a potash project in Utah containing 405km2 of exploration prospects with an exploration target of up to 5.2BN tonnes of sylvinite – a key ingredient in potash production – with an average purity between 23% and 34%.

To comply with the requirements of JORC 2012, POK engaged an independent consulting company to reaffirm its previous mineral estimates at the Hatch Point Potash Project.

The company’s report supported original estimates, showing a resource of 902.4Mt with 20% KCI average grade. Samples were taken from less than 20% of the total resource area.

Review of Scoping Study in the works

POK also says it will conduct an in-house review of the 2010 Scoping Study it commissioned for the Hatch Point Potash Project. The original document supported estimates for a 2Mtpa mine at the project with a 25 year mine life and cash costs of around $100 a tonne.

POK says the 2010 Scoping Study needs updating because of recent announcements by the dominant global players in the multi-billion dollar potash industry.

For example, Canpotex, the offshore sales arm of three major US potash producers, has signed a deal with Bangladesh to supply $60M worth of the crop nutrient.

POK says an updated Scoping Study will further reaffirm its resource at Hatch Point and allow it to pursue its development with a stronger case for investors and customers.

Cashed up Titan set to drill its Dynasty Gold project