PolarX ramps up exploration at Saturn

PolarX Ltd (ASX:PXX) informed the market on Tuesday that initial data from an Induced Polarisation (IP) survey over the Saturn target within its Alaska Range Project identified large anomalies which are consistent with the targeted copper‐gold porphyry mineralisation.

Current copper and copper equivalent grades compare favourably with some of the world’s highest‐grade operating mines.

Importantly, both deposits remain open in all directions, and areas outside the existing resources haven’t been drill‐tested to date. 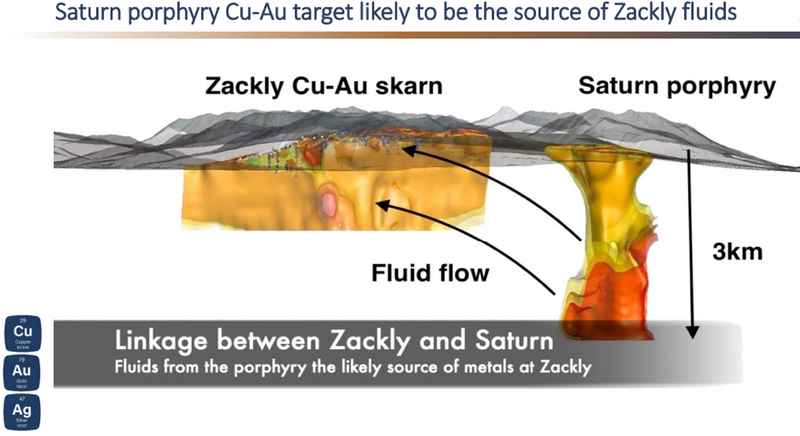 In June, the company entered into a strategic partnership with Lundin Mining Corporation over the Stellar Project which includes the Saturn target under which Lundin Mining invested $4.3 million in PolarX to secure the right to subsequently enter a staged earn‐in joint venture.

If exercised, Lundin Mining can acquire a 51% interest in Stellar by staged exploration spending of US$24 million and staged cash payments to PolarX of US$20 million within three years.

Lundin Mining is now PolarX’s largest shareholder with a 12.85% stake.

Shares in PolarX have more than doubled in the last three months, and this can partly be attributed to the market’s recognition of Lundin Mining’s investment as an endorsement of the project’s prospects.

An initial diamond drilling program comprising 8‐10 deep holes at Saturn for a total of approximately 5000 metres has been agreed with Lundin Mining and the first two holes are now underway.

The following graphic shows the Saturn target as well as outlining the 35 kilometre belt which will be the focus of further exploration activity. 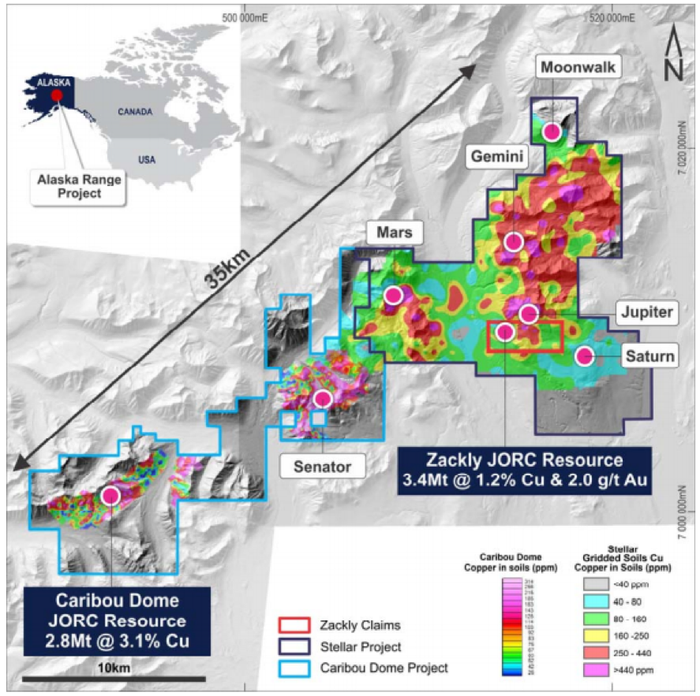 Lundin Mining’s financial and operational support for the project is extremely significant given the group is a global mining giant with expertise across many commodities and experience in taking projects from exploration to production.

The program will be funded from proceeds of the recent placement.

Links between Zackly and Saturn

As indicated above, the Saturn target is only three kilometres to the east of PolarX’s Zackly skarn deposit which has a resource of 3.4 million tonnes at 1.2% copper and 2.0 g/t gold.

The Saturn anomaly is interpreted to be the potential fluid source for the east‐west trend of skarn mineralization and alteration discovered at Zackly as indicated below. 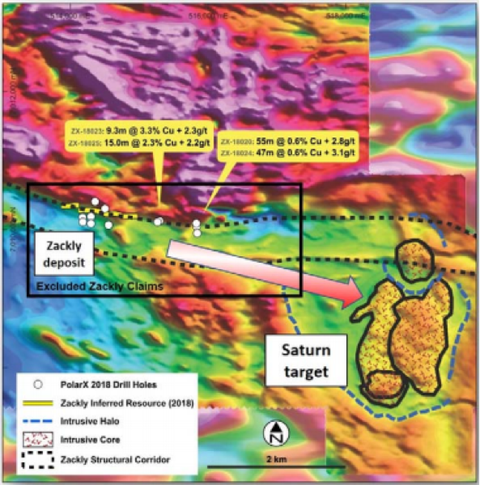 Based on that interpretation, Saturn’s geological features and the proximity of high-grade copper-gold mineralisation at Zackly, the evidence is mounting that Saturn itself may be a porphyry copper-gold system.

The induced polarisation data has provided further support for this school of thought.

Further drilling will be planned after an assessment of the geology encountered in the first two holes is combined with the remainder of the IP survey results and the previously announced detailed magnetic data.

The remainder of the IP survey is expected to be completed within two weeks, indicating there are potential share price catalysts on the horizon.