PNX Metals (ASX:PNX) recently received final assays from infill drilling from its high-grade Iron Blow deposit located at the Hayes Creek project in the Northern Territory. The 30-hole drill program aimed to upgrade geological confidence at the Iron Blow VMS deposit, which along with the Mt Bonnie deposit, comprises the Hayes Creek zinc-gold-silver project in the Pine Creek region of the Northern Territory.

In commenting on these recent developments, PNX Managing Director James Fox said, “The aim of the drill program was to provide sufficient geological information to upgrade the majority of the existing resource estimate to the (higher confidence) Indicated category for inclusion in the Hayes Creek PFS, while also identifying opportunities for optimising the mine plan and future resource growth.”

As shown below, the Hayes Creek Project, containing the Iron Blow and Mt Bonnie zinc-gold-silver VMS deposits is located in a favourable mining jurisdiction in the Pine Creek region of Northern Territory, less than two hours by road from Darwin.

With the drill program now completed, PNX will be able to upgrade the resource with the aim of converting the majority of the existing resource estimate to the Indicated category. Management said completion of the resource estimate is expected in April, a development that could be a share price catalyst.

A detailed mining model will now also be generated for inclusion in the Preliminary Feasibility Study (PFS), expanding on the Scoping Study completed in March 2016, which found that mining and processing ore derived from the proposed open-pit and underground operations at Hayes Creek would generate strong financial returns for the Company.

The PFS is expected to be completed by mid-2017, and the development strategy includes the use of existing infrastructure, designed to boost economics and reduce project risk.

Management said technical difficulties in the laboratory associated with power outages had resulted in longer than expected turnaround times in terms of receiving assay results, but stressed that this is not expected to impact timing of the fully funded Hayes Creek PFS study which is due for completion mid-2017.

With the ground work having been done to achieve this goal, PNX will now look to incorporate lower cost open-pit mining methods along with the recently updated Mt Bonnie Resource Estimate, and new metallurgical information in the mining optimisation studies to be included in the PFS. 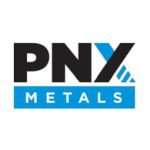