PepinNini director has skin in the game & “great confidence” in assets

This makes for a considerable vote of confidence in PNN’s high-calibre assets. While PNN’s share price is currently at only $0.006, this substantial shareholding is a clear endorsement of the company’s strong portfolio.

Holland-Kennedy was a founding director of PNN and has been a board member since 2002. She has more than 30 years’ experience in exploration company administration and data management.

“I have great confidence in the company and the assets we hold and want to thank the shareholders that have contributed over the last few months to the company,” she said.

PNN is a diversified ASX small-cap focused on exploring and developing a lithium brine resource and production project in Salta Province Argentina within the Lithium triangle of South America. The company also holds strategically located exploration tenements in the Musgrave Province of South Australia, as well as a copper-gold exploration project in the Salta Province of Argentina. 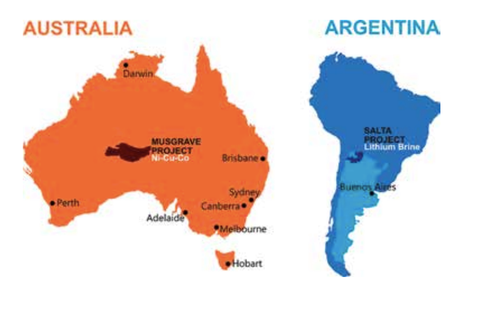 Earlier this year, PNN announced JORC (2012)-compliant Resources for the Rincon and Pular projects, totally over half a million tonnes of lithium carbonate (LCE), with 78% in the Measured and Indicated categories.