PAK to buy graphene specialist to diversify against coal downturn

PAK has entered into a Heads of Agreement (HOA) to take a controlling interest in Imagine IM, the leading Australian developer of graphene-based coatings for industrial textiles and fibres. Founded in 2014 by Chris Gilbey and Phillip Aitchison, the company develops commercial applications for graphene and associated advanced carbon based materials. Imagine IM is the first company in the world to develop conductive geomaterials using functionalised graphene.

Imagine IM intends to build Australia’s first commercial graphene manufacturing plant in the foreseeable future with a focus on geosynthetics.

The pilot plant will have an output capacity of up to 10 tonnes per year of graphene. Imagine IM plans to use two tonnes of the graphene output in the first year of operation for products aimed at customers in Australian manufacturing.

PAK’s coal exploration is progressing well seeing its summer work program at the ELKO Project rewarded, with the announcement of its maiden JORC Resource of 257 million tonnes. However, the US coal downturn has seen coal production levels fall to their lowest levels since 1986 with the closure of 264 mines in the US. PAK says this factor has forced it to “limit its investment in this sector, and to review all of its US projects to ensure the longer term viability of the company.”

To assist in this, PAK says it has “implemented a swathe of initiatives to help reduce overheads and ensure the business can conserve cash to weather the downturn in the current market conditions”.

Whilst trimming costs and overheads, PAK has now moved into acquisition mode, funded by a future capital raise backed by institutional investors.

The HOA deal in detail

The timetable for the deal is shown below: 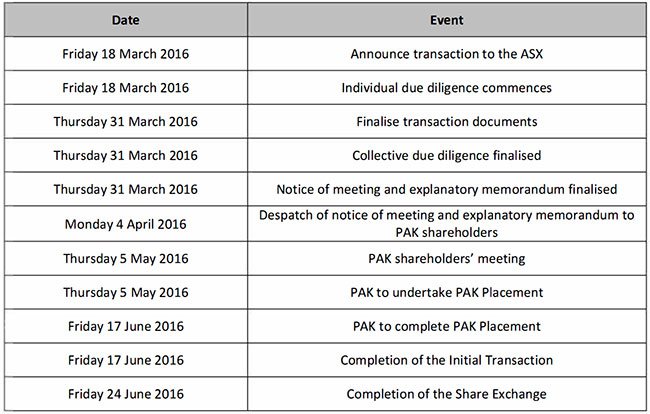 Timetable for PAK’s Heads of Agreement deal with Imagine IM

Graphene is the first two dimensional material and is classed as a “super-material” offering extremely high electrical and thermal conductivity, hydrophobicity, strength, and impermeability to all gases. Graphene’s discoverers, Andre Geim and Konstantin Novoselov were awarded the Nobel Prize in 2010.

Graphene offers high electrical and thermal conductivity, hydrophobicity, strength, and impermeability to all gases. Layered graphene can add strength, conductivity and self-repairing qualities to existing materials such as steel, glass and textiles.

Imagine IM says this can create nanocomposite materials with superior anti-clogging properties in geotextiles and enable a wider range of conductive materials.

Its first commercial products will be showcased at the 3rd Pan-American Regional Conference on Geosynthetics (GeoAmericas 2016), hosted by the North American Geosynthetics Society (NAGS).

Chris Gilbey is the CEO having led businesses driven by monetizing intellectual property for over 35 years. As CEO of Lake Technology Limited (ASX:LAK), he led the company from research-focused idealism to becoming a product manufacturing and licensing business, shepherding the company’s sale to to Dolby Laboratories in 2003. As part of the takeover Mr. Gilbey joined Dolby and implemented a strategy to grow Dolby’s key licensing markets in consumer electronics in Korea, Japan and China.

Prior to being involved in technology businesses, Chris Gilbey was an entrepreneur in the music industry, and was involved in launching the careers of a number of globally successful artistes including AC/DC, Keith Urban and InXs. He was awarded the Order of Australia for his services to the Australian music industry and is currently an Honorary Principal Fellow at the Sydney Business School. 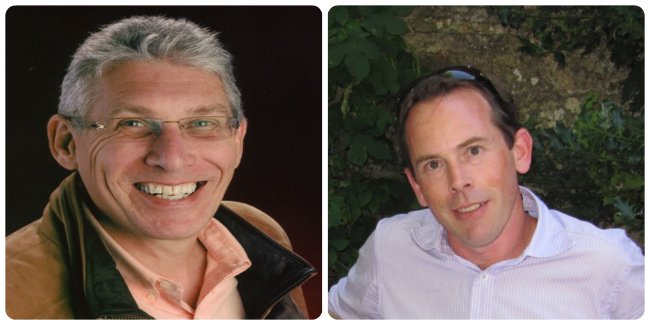 Imagine’s scientific expertise comes in the form of Phillip Aitchison as Head of R&D and Chief Operating Officer at Imagine IM, having co-founded the firm.

He is a research executive with over 20 years’ experience in applied materials science, intellectual property, manufacturing, licensing and technology commercialisation. His main fields of success have been in energy storage, notably lithium-ion batteries and supercapacitors where nano-materials and carbon composites play a key role.

Also playing a crucial role is Warwick Grigor, Non-Executive Director and Chairman at Imagine. Warwick Grigor is one of the leading minerals analysts in Australia and also a veteran stock picker that has gradually raised his holding in PAK over the past 6 months, and now owns 8.16% of the company. 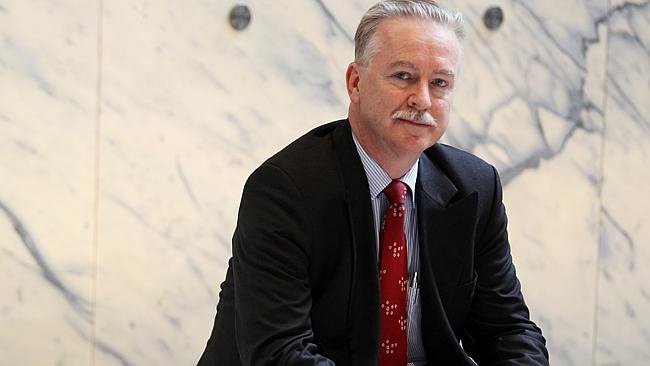 Warwick Grigor, Non-Executive Director & Chairman at Imagine, and shareholder at PAK with 8.16%

His presence at both companies is expected to ensure a smooth completion of the HOA deal by the end of June 2016.