Pacifico Minerals (ASX:PMY) has released an update regarding current exploration activity and upcoming programs in relation to the Borroloola West joint venture in which it has a 51 per cent interest with Sandfire Resources (ASX:SFR) owning the remaining 49 per cent stake.

The Borroloola West project covers a package of ground north-west of the McArthur River mine, the world’s largest producing zinc-lead mine. It is considered highly prospective territory for the discovery of world-class base metal deposits, and the joint venture is looking to uncover such a find.

At this stage two holes have been drilled at Coppermine Creek (see below), and both intersected visible copper mineralisation over significant widths. Modelling developed from previous exploration drilling and ground electromagnetic survey conductivity profiles indicates that the copper mineralisation is extensive, stratabound and gently dipping.

Management also highlighted the fact that there are large areas where the depths of the layer are relatively shallow, lying between 50 metres and 250 metres. 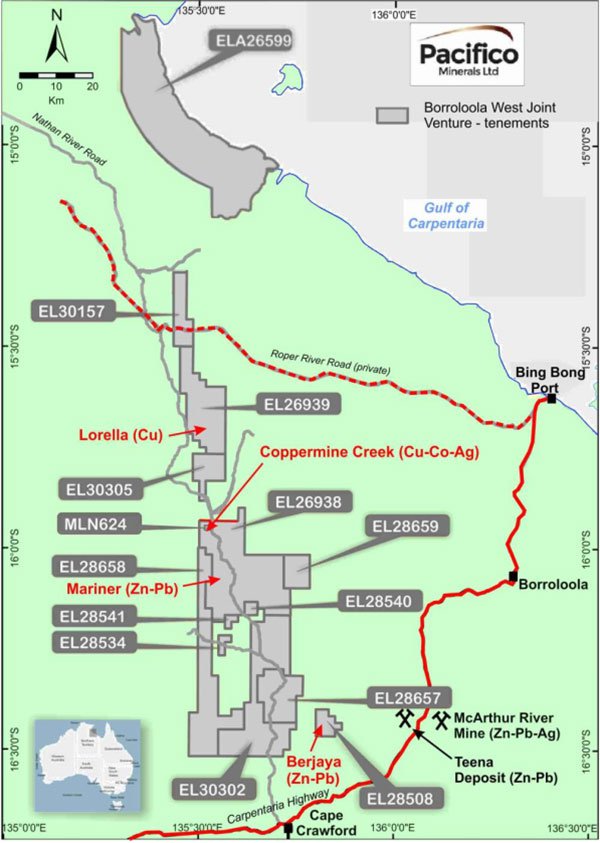 Given there remains major potential in the undrilled extension towards the south and east of the copper mineralisation, the next stage of exploration will include detailed mapping and rock chip geochemistry over the prospective area to define targets for large economic concentrations of copper mineralisation.

It should be noted that this is early stage exploration and investors considering PMY for their portfolio should seek professional financial advice before making an investment decision.

However, this area hasn’t historically been recognised or mapped and the presence of other geological structures has increased management’s confidence of a McArthur River type find.

A diamond drill hole was designed to test a Versatile Time Domain Electromagnetic (VTEM) conductive horizon that appeared to correspond to the position of the overall gently dipping Barney Creek Formation beneath the Hot Springs Formation below a depth of 150 metres.

PMY intends to continue the hole, at least into the underlying Barney Creek Formation to provide stratigraphic control for future drilling programs at a later date.