This news has triggered a share price surge of 25 per cent in the first 30 minutes of trading, supported by volumes of more than 10 million shares, well in excess of that normally traded in a full day.

PMY is a Western Australian based exploration company with interests in Australia and Colombia. In Australia the company is focussed on advancing the Borroloola West project in the Northern Territory.

The Borroloola West Project covers a region north-west of the McArthur River Mine (the world’s largest producing zinc – lead mine) with high potential for the discovery of world class base metal deposits. 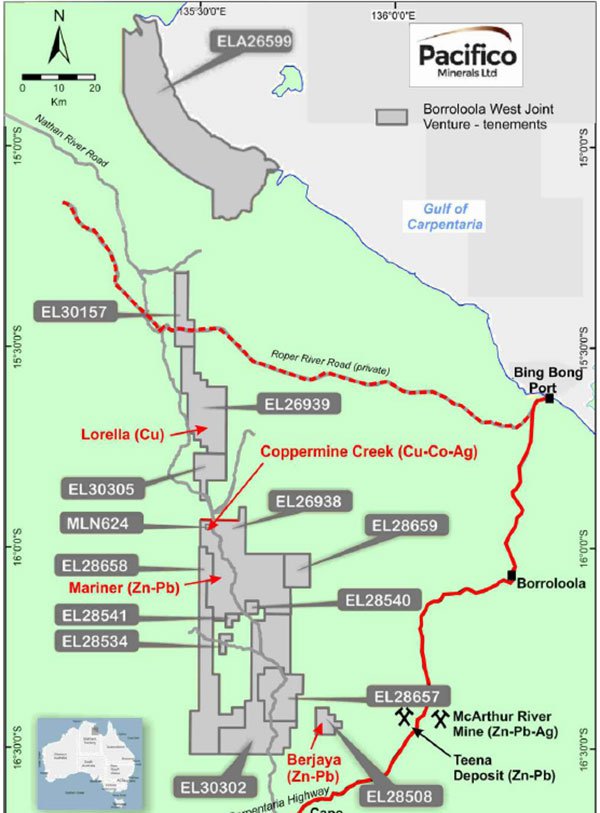 The Lorella project is part of the Borroloola West Joint-Venture (BWJV) which consists of 12 exploration licences and one mining licence with PMY holding a 51% stake in the joint venture and the remaining 49% held by Sandfire Resources (ASX:SFR).

Given the results indicate leaching of the oxide copper material could be economically viable with relatively low acid consumption and high copper recoveries, management is considering the development of a solvent extraction, electrcotwinning (SXEW) operation.

Should this be the case, it is anticipated that a copper cathode producing plant could be established within a short lead time and at relatively low capital and operating costs.

It should be noted here that PMY remains a speculative stock and investors should seek professional financial advice if considering this stock for their portfolio.

The intersection thickness averages 8 metres using 0.4 per cent copper cut-off, and results in an average grade of about 1 per cent copper. The primary rock is dolomitic, however the carbonate minerals have been almost completely leached out, as reflected by the low acid consumptions in the testwork.

Only 500 metres of the sub-outcropping strike of mineralisation has been tested previously. Consequently, there is significant scope for exploration upside as about 10 kilometres of near surface strike within the BWJV tenements is virtually untested. The oxide copper mineralisation is open to the South South-East and there is the likelihood of further lenses to the North-West.

Work has commenced on estimating an inferred resource in the area of detailed diamond and RC drilling by Sandfire and to set an Exploration Target estimate based on the potential strike extent.

A 2000 metre aircore program is planned for November to test the strike extensions to the NW and SSE of previously intersected oxide copper mineralisation, and also for indications of significant down-dip primary sulphide mineralisation. Holes will be drilled on lines 1 kilometre apart, with a hole spacing along the lines of 100 metres, to an average depth of 50 metres.

If the preliminary program is successful, the entire strike length will then be explored with aircore drilling. RC drilling programs, some PQ diamond drill holes, and more comprehensive testwork on the drill chips and core would then be planned to define inferred and indicated resources.