Pacifico flies ahead of likely resource upgrade at Sorby Hills

Interestingly, much of the market moving activity occurred post June 30, and this has been reflected in the company’s share price performance.

In the last month the company’s shares have doubled, recently hitting a 12 month high of 1.1 cents.

The company owns a 75% interest in the Joint Venture with the remaining 25% (contributing) interest held by Henan Yuguang Gold & Lead Co. Ltd, the largest lead smelting company and silver producer in China.

There have also been some stunning commodity price movements in Pacifico’s two key commodities, lead (black line) and silver (green line) as indicated below. 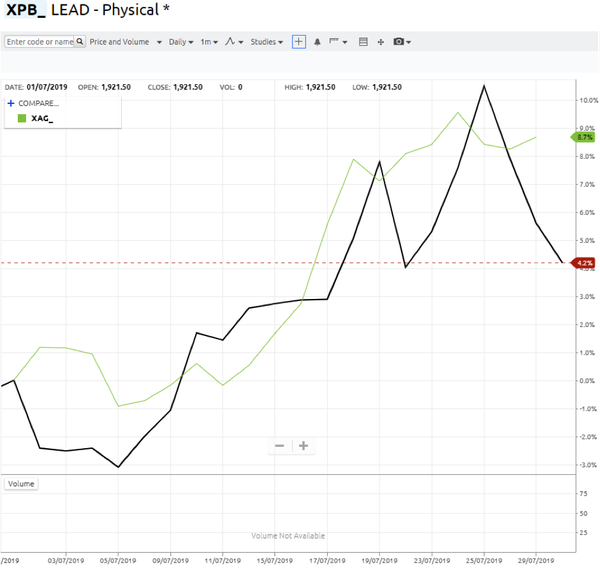 From an operational perspective, two of the key features that have driven interest in the stock over the last fortnight were the receipt of positive metallurgical test work results in mid-July, followed by management’s comments that it expects to be in a position to increase both the Indicated Resource and the Mineral Resource Estimate (MRE) based on strong visible lead mineralisation observed in the current 75 hole/6000 metre drilling program at Sorby Hills.

Given that assay results will start to emerge in early August, there is the potential for further share price momentum.

Another significant development has been the identification of quality zinc mineralisation, a metal that had not been considered to date in project economics.

It is expected that the deposit size at Sorby Hills will continue to grow as extensions and other targets outside of the main defined deposits (based on both historical and Pacifico drill programs) are drilled and added to the resource base.

The following demonstrates the untapped potential of the sizeable Sorby Hills Project. 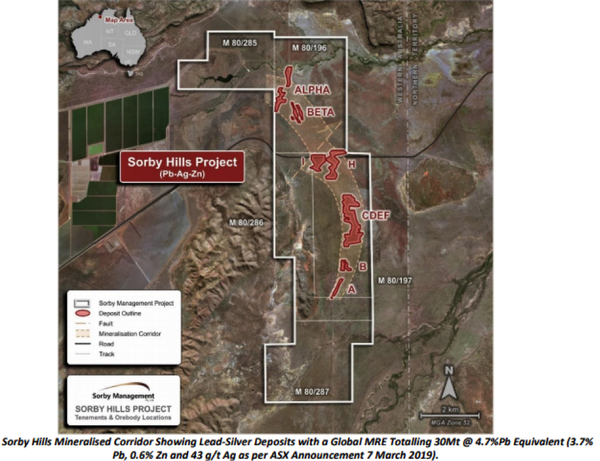 Compilation and assessment of the current and historical drill hole information is in progress, with an aim to provide a sound geological and mineralisation model on which to base the revised MRE.

Final assay results are expected by late August, and a revised MRE will be completed in September.

It is worth noting that there is an existing known Inferred Resource of zinc dominant mineralisation at the Alpha Zinc Deposit shown above (2.3 million tonnes of 0.5% lead, 3.1% zinc and 29g/t silver).