Pacifico Minerals Ltd (ASX:PMY) has received Ministerial confirmation regarding approval for the timeframe for substantial commencement of the Sorby Hills Silver-Lead-Zinc proposal, to be extended for a further five years to 2 April, 2024.

The company owns a 75% interest in the Joint Venture with the remaining 25% (contributing) interest held by Henan Yuguang Gold & Lead, the largest lead smelting company and silver producer in China.

The government approval provides the company with more than enough time to progress the Sorby Hills project with a Mineral Resource Estimate due during the second half of 2019.

With a significant exploration program ahead of it and the potential to build on the already strong financial metrics of the base prefeasibility study as outlined below, there only appears to be upside to follow for Pacifico in 2019. 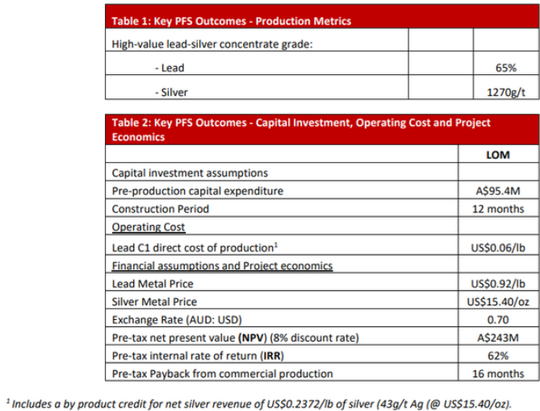