Overland Resources (ASX: OVR) announced on Thursday that it had completed its inaugural drilling program at the Trojan Gold project, located just 50 kilometres east of Kalgoorlie in Western Australia. The drilling program commenced in March with a total of 32 holes completed for 2585 metres.

Confirmatory, extensional and reconnaissance drilling was conducted on wide spaced centres at the Trojan North, Echo, Transfind and One Tree Prospects.

Looking at the bigger picture, the Trojan Gold project provides OVR with a near-term, low capital expenditure production opportunity, as well as the possibility for significant brownfield and greenfield discoveries.

This is still a speculative play however, so investors should seek professional financial advice if considering this stock for their portfolio.

Mining at Transfind was reportedly terminated prematurely leaving considerable high-grade ounces remaining unmined. As part of the acquisition of the Trojan Gold Project, Overland has also been granted the right to toll treat any ore produced from the project at Westgold Resources’ Jubilee Mill.

A new, deeper lode was also identified which justifies further drill testing. Mineralisation was confirmed in the southern, unmined portion of the pit, where seven holes intersected mineralisation.

Mineralisation was also identified at the northern end of the Transfind pit, and it looks to be displaced by a late-stage intermediate intrusive which appears to be small, indicating mineralisation may be present to the north of the intrusive.

Given these developments, management intends to undertake drilling of fresh targets, particularly in light of the discovery of new mineralisation 600 metres north of the Transfind pit at the new One Tree Prospect.

Importantly, the drilling program also successfully extended and confirmed the presence and continuity of mineralisation at the Trojan North and Echo deposits. 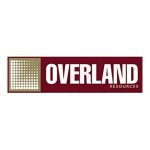