The nuclear industry in SA needs a Boss to take charge

Boss Resources (ASX:BOE) is on track to expand its Honeymoon Resource after commencing an Expansion Study. BOE says a detailed technical review of its Honeymoon Uranium Project in South Australia is currently underway in order to identify optimisation and cost-reduction opportunities that will form the basis of the planned redesign and start-up of the processing plant.

Honeymoon is an in-situ leach uranium mine whereby acid is injected below the ground in order to soak up and collect the uranium mineralisation. The final ‘pregnant’ solution containing uranium is then pumped to the surface and processed.

Honeymoon has been on care and maintenance since 2013 but could soon be brought back online at the hands of BOE.

BOE is determined to conduct further exploration in Q2/Q3 2016, and then to complete a definitive feasibility study by the end of 2017 on an expanded mining and processing operation. If all goes to plan, BOE envisages an expanded uranium mining operation to commence at Honeymoon in mid-2019, targeting 70-100 million pounds of production.

BOE’s share price has quite possibly caught a whiff of positive nuclear sentiment coming from government departments and big business, recording a healthy 47% gain so far this year. 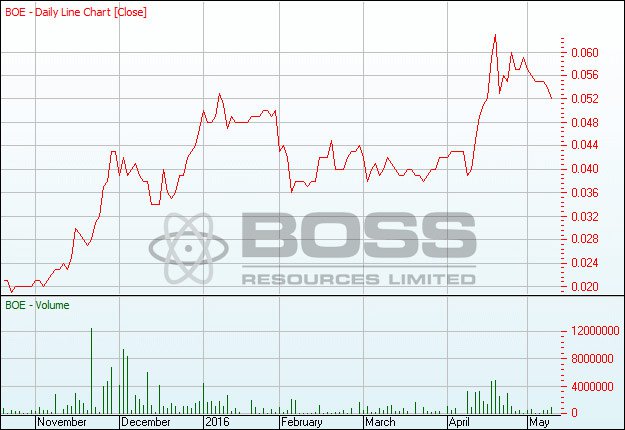 Work undertaken in 2013 by Honeymoon’s previous owners (Uranium One Inc) included a preliminary test work program on ion exchange (resin) technology, and BOE wants to collate more information in order to optimize its cost-structure at Honeymoon.

A new program of test work at the Australian Nuclear Science and Technology Organisation (ANSTO) has been initiated with results expected in August 2016.

According to previous estimates, BOE could expect to initiate a 880,00lbs per annum operation although this quantity was deemed inefficient and non-viable with depressed uranium prices.

Uranium prices have suffered tremendously since the 2011 Fukushima disaster although knee-jerk reactions that saw widespread nuclear power-plant closures have now largely been reversed. Even in Japan, the rate of nuclear power generation is expected to rise, albeit at a slower pace given added health and safety concerns. 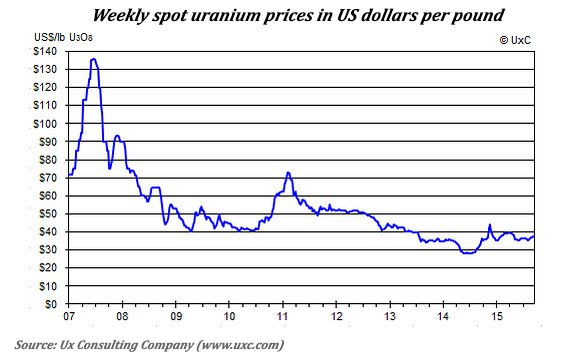 Uranium prices have now stabilised around the $25-$40 mark, and do not pose a threat to BOE’s plans.

BOE has identified that a larger processing plant facility, as well as the possible usage of resin technologies, could significantly reduce the cost of production.

Its Definitive Feasibility Study (DFS) will look at whether the plant would operate more efficiently using resin technology, rather than the current process, which uses kerosene to strip out the uranium.

Since acquiring its flagship Honeymoon project in December 2015, BOE has expanded its Resource by over 330% and has included drill hits from satellite deposits located up to 50km away from the main processing plant.

BOE is now confident it can utilize resin technology within Honeymoon because “resins capable of operating within the Honeymoon conditions have been developed and tested successfully”.

The next step for BOE is to develop a way to expand its resource and improve processing design to the best possible level. BOE has selected GR Engineering Services to support the delivery of an expansion trade-off study that will look into both processing and expansion possibilities. 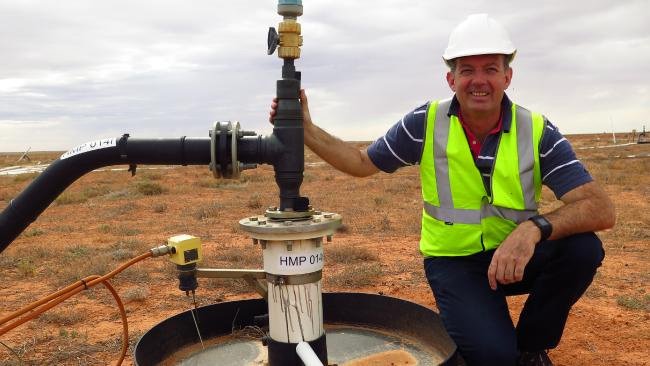 BOE Executive Director, Grant Davey said, “The use of resins at Honeymoon is a development to be thoroughly investigated for the expansion and recommissioning of the Honeymoon uranium project. The project is far bigger than what the original process plant was designed for. Using resins as part of an expansion could allow BOE to drop operating costs, which we believe will make the project viable even at current uranium prices.”

In an interview with Adelaide-based newspaper ‘The Advertiser‘, Davey said, “It’s fully permitted, it has its export licenses, and it’s quite clear we’ve locked up what I call a uranium province”. He also added, “We firmly believe we can get it under $US25 as the plant stands now, however I think the way to go now is to expand the resource, expand the size of production to between 2-5 million pounds, get your[BOE] cost of production down to about $US15 a pound, and it’s sustainable in any market, and that’s what we’re looking for.”

Looking at the bigger picture

As BOE tweaks its operational plans in South Australia, the broader nuclear story in Australia is also developing rather quickly.

The report is very nuclear-supportive and paves the way for SA to adopt a range of measures that could improve operational conditions for all nuclear-related businesses in the state.

However, environmentalists were understandably peeved at the recommendations put forward by the Royal Commission.

Friends of the Earth’s national nuclear campaigner Dr. Jim Green said South Australia could end up with “the biggest waste stockpile in existence”, but said it was the interim storage site that could prove the greater security concern.

As the nuclear industry inches towards mass public acceptance in South Australia, critics still remain and will hope to divert the SA Government towards less environmentally dangerous energy solutions in time for an official response to the Royal Commission by the end of 2016.

The chances of South Australia not committing to the Royal Commission’s recommendations are looking pretty slim, so while the hullabaloo over South Australia becoming a nuclear epicenter rages on, one Boss is taking charge and preparing to deliver one of the most viable uranium resources in the world.