Nickel Mines has the option to acquire up to 80% of the Ranger Nickel Project, and on July 26, 2019 a shareholders’ meeting will be held to approve increasing its ownership to 60%.

On 29 June, 2019, Shanghai Decent, the company’s operating partner and currently 83% equity holder in the project advised that first NPI had been produced from Ranger Nickel’s Kiln #2 in a maiden production run, less than one month after Kiln #1 commenced commissioning.

The commissioning process and ramp-up to full production is anticipated to be consistent with that of the company’s 60% owned Hengjaya Nickel Project which has enjoyed a seamless ramp-up and is currently producing nickel units well above nameplate capacity.

Nickel Mines’ progress to date has been outstanding, outperforming management’s guidance on all fronts. 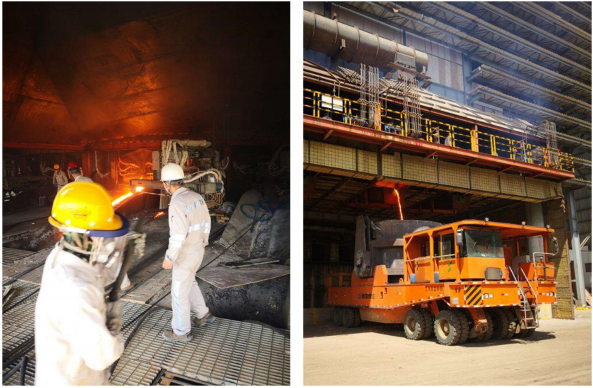 Bell Potter analyst, David Coates is impressed with the group’s performance to date and its prospects going forward.

Coates ran the ruler across the stock a fortnight ago, reaffirming his buy recommendation and increasing his price target from 93 cents per share to 95 cents per share.

While the company’s shares have performed strongly since then, increasing more than 10%, the price target still implies significant upside based on yesterday’s closing price of 41 cents.

Coates expects the group to deliver a nominal profit in fiscal 2019, but Nickel Mines is really a 2020 story with the analyst forecasting a net profit of US$150 million from sales of US$556 million.

This represents earnings per share of 13.3 cents in Australian dollar terms, placing the company on a seemingly heavily discounted PE multiple of just over three.

Coates pointed to a few factors that bode well for the company in the near term in saying, “In conjunction with the recently completed placement, NIC released a production update which showed that the ramp-up of nickel in NPI production is running comfortably ahead of our forecasts.

“This is not only being driven by higher NPI production, but, importantly, by higher Ni (nickel) in NPI grades.

“The benefit of this is that it has greater impact in lowering unit operating costs.

“The most important takeaway however, in our view, is the success of the ramp-up and the strong track-record of delivery from a new operation.

“In this market that is likely to earn a tangible premium to peers and allow the market to attribute greater value to NIC’s ongoing growth plans.”

Ranger Nickel’s Kiln #2 is anticipated to take approximately 2 months to ramp up to 80% of capacity.

The commissioning of Ranger Nickel’s Kiln #2 once again comes well ahead of previous guidance for the second half of the September quarter and now sees all four kilns across the company’s Hengjaya and Ranger RKEF projects having been put into production in less than 18 months.

Highlighting the group’s strong production outlook following the commencement of commissioning of Ranger Nickel’s second kiln, managing director Justin Werner said, “By the end of July the company is expected to have formally moved to a 60% interest in Ranger, which along with its 60% interest in Hengjaya, will see the company with attributable nickel production of approximately 20,000 tonnes per annum, a feat achieved less than 18 months since first breaking ground at Hengjaya Nickel back in January 2018.

“Nickel Mines is exceptionally pleased with the production numbers reported to date and we look forward to reporting the strong financial results being generated across both RKEF projects as we enter the company’s first full reporting period as a nickel producer.”