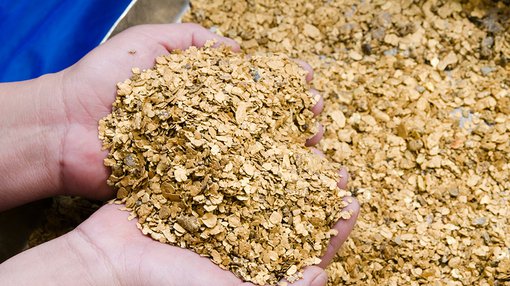 Shares in gold mining group, Mantle Mining Corporation (ASX: MNM) opened 14 per cent higher on Thursday morning after the company announced that it had secured new funding, facilitating the acquisition of Morning Star Gold NL, while also providing capital for the next phase of development of the Morning Star gold mine.

In terms of the make-up of the funding arrangement, $1 million was raised under a convertible loan facility, while $1.5 million in funding was under a loan note facility with $500,000 of those funds immediately available.

As well as providing essential capital for development of the Morning Star gold mine, the company’s balance sheet has been strengthened, providing both working capital and the scope to pursue other projects in the highly prospective Eastern Victorian goldfields.

MNM has highly prospective holdings in this region which has historic production of more than 6 million ounces. With regards to the Morning Star mine, it has historical gold production of 830,000 ounces at 26.5 grams per tonne.

With a ready resource and an as-new processing plant, MNM is quite progressed for a small miner, arguably indicating that its market capitalisation of circa $10 million isn’t a true reflection of the company’s value.

If one considers the cost of permitting and developing a new processing plant, it would be fair to draw the conclusion that the company is undervalued. Furthermore, having this infrastructure in place should enable the company to quickly move to production once a mining plan has been formulated.

Discussing these recent developments and pointing to the company’s direction, Chief Executive, Tom de Vries said, “Mantle is privileged to have such a mine, processing plant and dominant tenement holding in one of Australia’s great high grade gold districts which has seen little exploration in 25 years”.

With ownership and control of the Morning Star asset now clearly laid out, MNM can quickly progress its exploration and development strategy.