Emerging uranium play, GTI Resources Ltd (ASX:GTR) has secured a significant data package, identified during its due diligence enquiries into the two mineral leases it is acquiring from TSX.V listed Anfield Energy Inc.

The data package also contains valuable information regarding the company’s Jeffrey, Rats Nest and Moki claim groups, as well as other ground of potential interest.

This comes on the back of GTR entering into a binding agreement to acquire 100% of two mineral leases from Anfield Energy in a significant expansion of its uranium prospects in Utah.

As illustrated below, this expanded GTR’s land position to more than 5.5 kilometres along the interpreted strike of the mineralised trend with significant exploration upside within untested areas under cover. 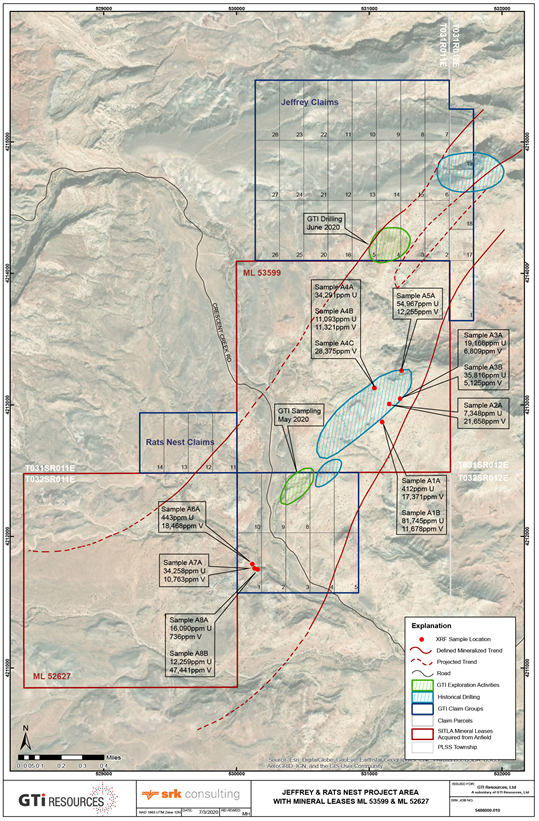 The initial review of the recently acquired historical data package serves to further reinforce this interpretation and validates the company’s acquisition of the mineral leases from Anfield.

The acquired leases contain historical underground production workings and are prospective for uranium and vanadium as evidenced from recent sampling conducted during acquisition due diligence.

XRF sampling results are shown below. 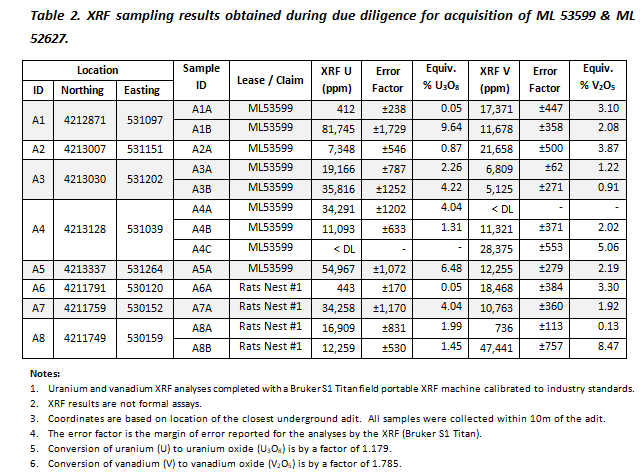 These developments come at an ideal time with the uranium price up some 25% in the last four months.

There are a number of drivers which should support further increases, most prominently the US government’s support for an accelerated long-term nuclear power program and sustained output from Kazakhstan, previously a major source of supply.

Further, the last few weeks have seen an increase in the prices of industrial metals such as iron ore, copper and nickel, suggesting a ramp-up in manufacturing in countries such as China is imminent.

A surge in the Shanghai Composite index points to an economic recovery in China and the broader region, and an uptick in manufacturing activity invariably creates demand for energy, some of which is supplied by uranium-fed nuclear power plants. 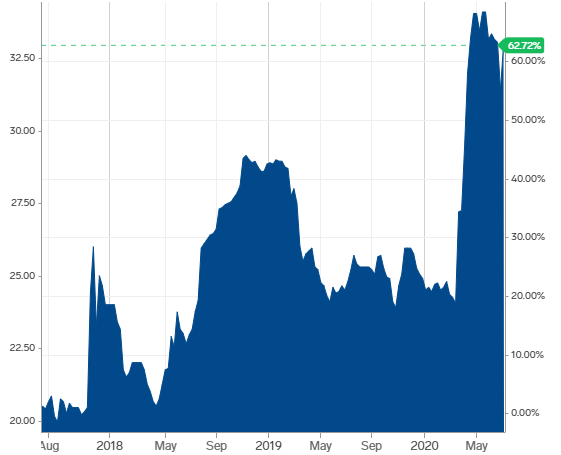 Harking back to the acquired data, it will allow for accelerated evaluation of the currently held ground, assessment of adjacent ground and much greater refinement of drill targets.

Over the next month, GTR will rapidly review and field reference the acquired data to support the next phase of exploration activities within the projects of the Henry Mountains.

The Tony M Mine was developed in the late 1970s with production as recently as 2008 by then mine owner Denison Mines.

The mine was subsequently purchased by Energy Fuels Inc. in 2012 as part of a larger transaction.

Approximately 1 million lbs of U3O8 was extracted from the Tony M mine by intermittent mining between 1979 and 2012.

The most recent resource estimate (June 2012, NI 43-101 report by Energy Fuels Inc.) for the Tony M Mine and adjoining mineral resources, reports a global resource (Indicated and Inferred) of over 20 million pounds.

The acquisition of this data for the Moki project will aid in understanding the local mineralisation, as well as determining if there is a trend relationship with the known ore-grade mineralisation at the Tony M Mine.

Commenting on these developments and highlighting the significance for the group’s targeted projects, executive director Bruce Lane said, “The historical data package gives GTR a head-start in planning the next phase of exploration in Utah.

‘’The company’s ground position has been enhanced significantly by securing the prospective ground between our Jeffrey and Rats Nest projects and the new data package will help us quickly improve our understanding of the potential of the expanded project area and the Moki project which sits next to the Tony M Mine.

‘’The new ground substantially increases the interpreted mineralised strike zone within GTR’s land package and improves the opportunity to define an economic resource in the area.

Shares in GTR increased nearly 800% between April and May, and while they have retraced to some extent shareholders who recognised the company’s potential at an early stage are reaping the rewards.

However, there could be further upside with drill core assay results imminent from drilling at the Jeffrey project in June.

The reconnaissance stage drill program at Jeffrey targeted known shallow mineralisation in a near-surface sandstone unit of the lower Salt Wash Member of the Morrison Formation in the northern portion of the mineralised trend.

This discovery substantially increases the potential of the Jeffrey project to host meaningful uranium and vanadium resources, similar to that historically produced.