Nelson Resources Limited (ASX:NES) has made a good start in terms of achieving its goal of tracking down the next Tropicana - a prolific gold resource that accounts for a large chunk of IGO’s (ASX: IGO) annual production even though it is majority-owned by AngloGold Ashanti.

Exploration results from initial drilling at the group’s Grindall Project, part of the Woodline Project in the Fraser Range has identified 500 metres of bedrock gold bearing strike.

Grades are well above background and indicate the presence of a significant gold bearing system.

Management said it is pleased with the effectiveness of its targeting methodology, and as a result of this targeting success the company intends to increase its current 6000 metre reverse circulation (RC) program to around 10,000 metres to actively test strike and dip of the Grindall Project whilst also completing RC drilling of Redmill and Socrates West as shown below. 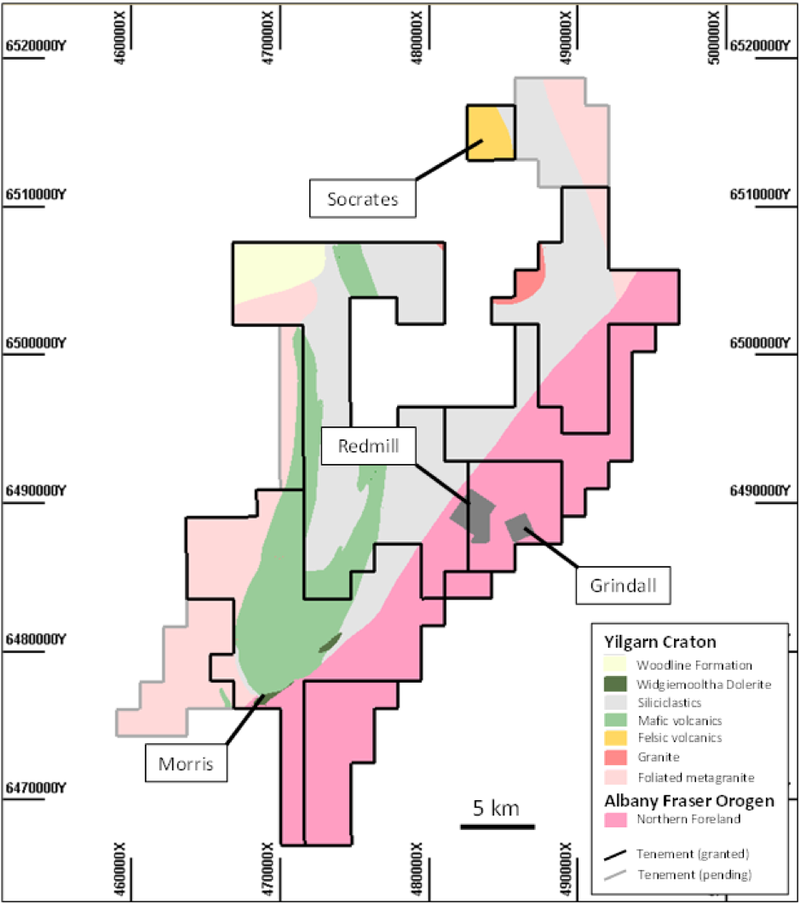 Commenting on the initial results, chief executive Adam Schofield said, “Nelson’s targeting methodology has proven to be an effective way for us to identify and then test gold bearing zones within the 20 kilometre long gold geochemical anomaly we have at the Woodline Project.

“This targeting will produce many new targets within our substantial land package which now includes an additional 680km2 of new tenure and 4 large fault zones.

“Due to the initial success at Grindall we are now considering an additional 4000 metres of drilling in the current campaign to really test the gold bearing structures’ dip and strike.’’

The company anticipates seeing improved gold intercepts in future drilling at Grindall as it is now able to directly target the gold bearing structure.

From a more detailed perspective, the maiden diamond drill program at Woodline has provided Nelson with valuable information about the mineral system at Woodline, with broad zones of alteration and strike lengths of over 500 metres of the target gold-bearing mineralised structure intersected in the drilling.

This has provided management with important geological information that will assist in future exploration, and management intends to use similar methods to those used in the course of the Tropicana gold discovery.

The following is a snapshot of drilling to date. 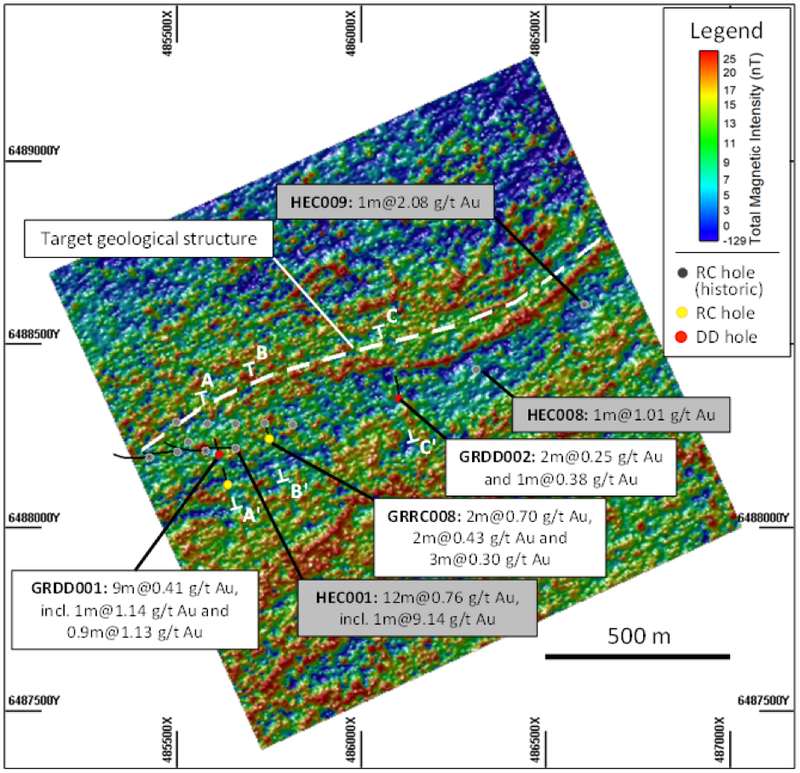 Walking in the footsteps of giants

The Woodline Project lies on the boundary of the Albany Fraser Oregon and the Norseman - Wiluna Greenstone belt in Western Australia.

More specifically, this project incorporates 45 kilometres of the Cundeelee Shear Zone which already consists of a known +20km Gold Geochemical and bedrock anomaly, hosted in the same geological structural setting as the 7.7 million ounce Tropicana Gold mine.

Ongoing exploration at Grindall will now shift to the north-east of the project area where a surface geochemical anomaly of greater than 50 ppb Au is coincident with the interpreted position of the mineralised structure that has been intersected as shown below. 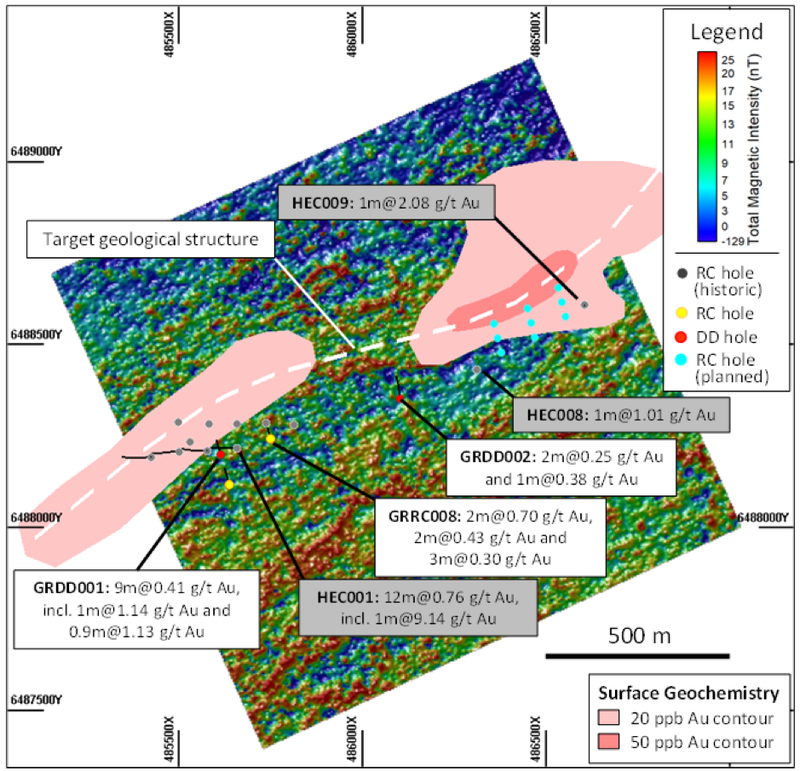 Ongoing exploration at Grindall will now shift to the north-east of the project area .

From a broader perspective, management aims to drill down plunge from the known mineralisation at Socrates as well as testing targets identified from the recently completed Loupe survey.

The company anticipates receiving its maiden diamond drilling results from Socrates in early May.

Induced Polarisation and additional electromagnetic geophysical surveys will be used to map the disseminated sulphides at West Socrates to assist with definition of drill targets.

Follow-up surface geochemistry, geophysics and drilling will be conducted at the Morris nickel prospect, and this work will be done in conjunction with ongoing exploration at the company’s Tempest gold and nickel project which is 100 kilometres east of Woodline.