The latest drilling results from Resolution Lode includes strong, consistent grades of gold mineralisation within a quartz-rich structure that continues from surface and extends beyond 300 metres depth, remaining open down-plunge. 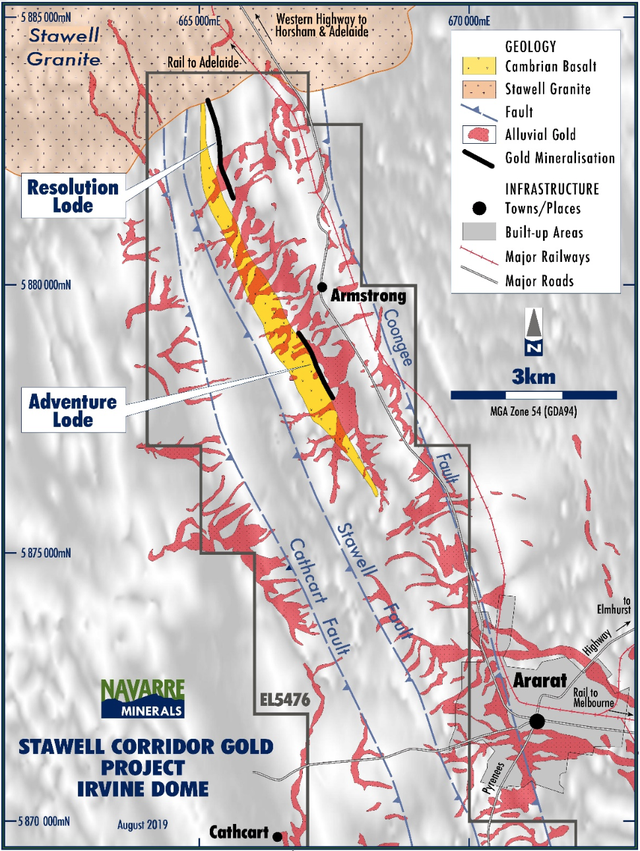 Importantly, gold mineralisation has been confirmed from surface to beyond 300 metres depth and it remains open down-plunge.

This is significant given that the style and geometry of gold mineralisation is similar to the multi-million ounce Magdala gold deposit, on-strike 20 kilometres further north, where gold has been mined from surface to a depth of 1.6 kilometres.

Heading down plunge to establish a potential mineral resource

Drilling is targeting a potential Mineral Resource by scoping the down-plunge extents of shallow gold mineralisation.

A further 5000 metres of diamond core drilling remains to be completed with drilling operations to continue through winter and moving to a 24 hours a day/seven days a week basis.

Commenting on recent developments and discussing the ongoing strategy at Resolution Lode Navarre’s managing director Geoff McDermott said, “Our ongoing diamond drilling program at Resolution Lode is continuing to deliver consistently strong grades of high-grade gold mineralisation from within a well-defined lode channel extending from surface to beyond a depth of 300 metres, and it remains open down-plunge.

“Step-out drilling is planned to continue through winter to evaluate the size, continuity and tenor of gold mineralisation at Resolution Lode in order to see if it has what it takes to deliver Victoria’s next major gold deposit.” 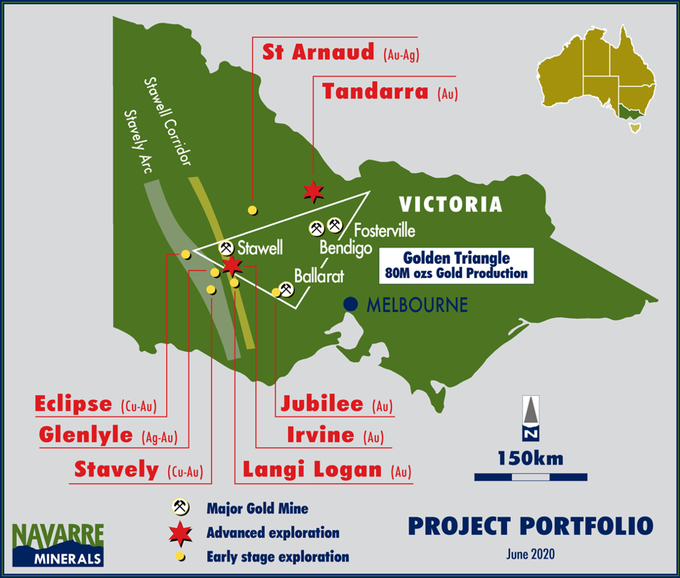 Looking at the broader picture, South Shoot drilling continues to highlight the significant, consistent and repeatable gold mineralisation developing down-plunge in the main structure of the South Shoot.

On the other hand, North Shoot drill hole RD022 appears to have drilled beneath the interpreted southerly plunge of shallow gold mineralisation intersected in previous air-core drilling.

The hole, however, ended in anomalous arsenic and chlorite alteration, returning an anomalous assay interval of 5.5m @ 0.5 g/t gold.

As this mineralisation occurs east of the main gold zone, management is intending to re-enter and extend RD022 to test the extents of this anomalous gold zone.

This drilling is expected to be completed later this month, and Navarre management estimates a potential Resolution Lode Mineral Resource by the March quarter of 2021.