In the course of providing its quarterly activities update for the three months to December 31, 2016, mineral sands producer MZI Resources highlighted a number of records achieved for the quarter and suggested increased production from its Keysbrook project in Western Australia and an improved pricing environment would assist in driving revenues in 2017.

Reflecting on the three months to December 31, 2016, one of the most promising achievements was a 21% increase in the group’s production of high-value L88 leucoxene product.

While port congestion delayed a planned shipment of lower value L70 leucoxene in December, the benefits of this will fall into the March quarter.

From an operational perspective, one of the key outcomes was the material improvement in overall production and on this note MZI’s interim Managing Director, Steve Ward said, “The December quarter was one of special significance for MZI, during which the Keysbrook Wet Concentrator Plant (WCP) achieved critical design performance milestones following the recently completed optimisation project”.

Ward noted that the optimisation project had quickly proven its worth and that the improved production was sustainable, validating the group’s investment.

MZI expects that the improvements at Keysbrook should flow through to the performance of the company’s Picton mineral separation plant when the next processing campaign commences in late January.

Commenting on industry dynamics, Ward said, “Importantly, Keysbrook is starting to hit its straps at the right time, with the market outlook for mineral sands, including higher value products such as Keysbrook leucoxene, continuing to strengthen”.

On this note, MZI highlighted the fact that pigment producers are now seeing improvement in both volumes and price which is depleting inventory. Of further significance is the announcement of 13 rounds of price increases by Chinese producers in 2016.

Importantly for MZI, demand for chloride pigment has also resulted in reduced inventory levels and put upward price pressure on high-titanium dioxide feedstock such as rutile and leucoxene.

Here are MZI’s milestones for the past 12 months: 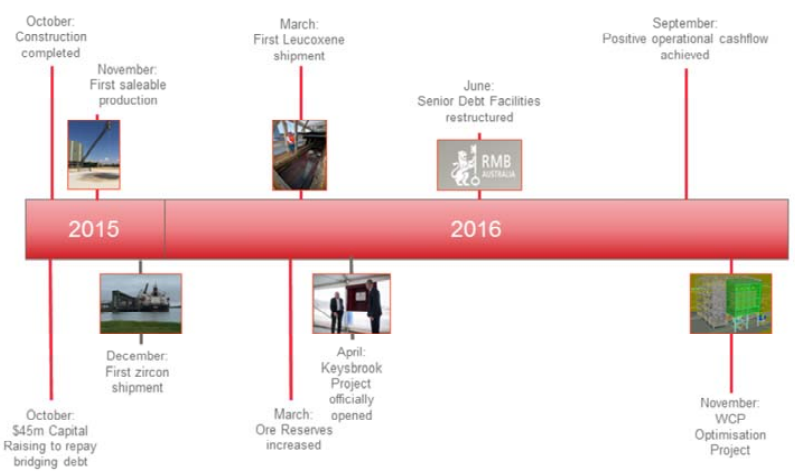 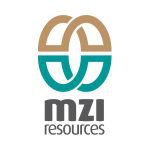