Hot Chili Limited (ASX:HCH) reports that momentum is building ahead of first results from the company's 2020 drilling program at its Cortadera copper-gold porphyry discovery in Chile. 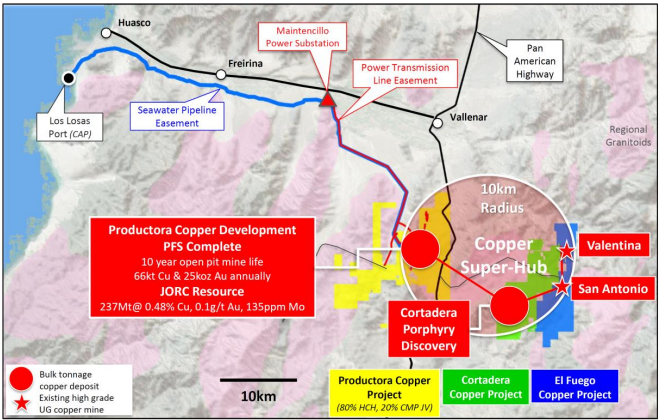 The drill hole is currently at 900m depth in strongly mineralised porphyry. It is being extended to 1,100m at this stage with core sampling and assay turnaround being prioritised. The hole is a 100m step-out drill hole to test the southern extension of Cortadera's largest porphyry - Cuerpo 3.

Another standout extensional drill result is expected, demonstrating that Cortadera remains wide open and is continuing to grow at a rapid rate. Plan view of Cuerpo 3 - the Main porphyry of the four porphyry centres discovered to date at Cortadera.

Note the growing extent of the modelled higher grade copper zone (red wireframe - +0.4% Cu) and the location of open boundaries for growth of the bulk copper envelope at Cortadera (yellow wireframe - +0.2% Cu).

The target was identified as a strong coincident IP/MT geophysical anomaly located at depth within the same N-S corridor of dykes which control the location of the Cuerpo 3 porphyry.

The target has not previously been drill tested and represents the first drilling by Hot Chili outside of the Cortadera discovery zone since commencement of drilling activities in April last year. The first RC drill hole (CRP0041) is currently at a depth of approximately 360m down-hole and is expected to be complete within the coming day.

Hot Chili intends to complete all remaining five RC drill holes at Cuerpo 3 North over the coming weeks before selecting several holes for extension with diamond drill tails. The company is excited to be undertaking its expansion and step-out drilling program at Cortadera and looks forward to providing further updates and drill results as they become available over the coming weeks and months ahead. 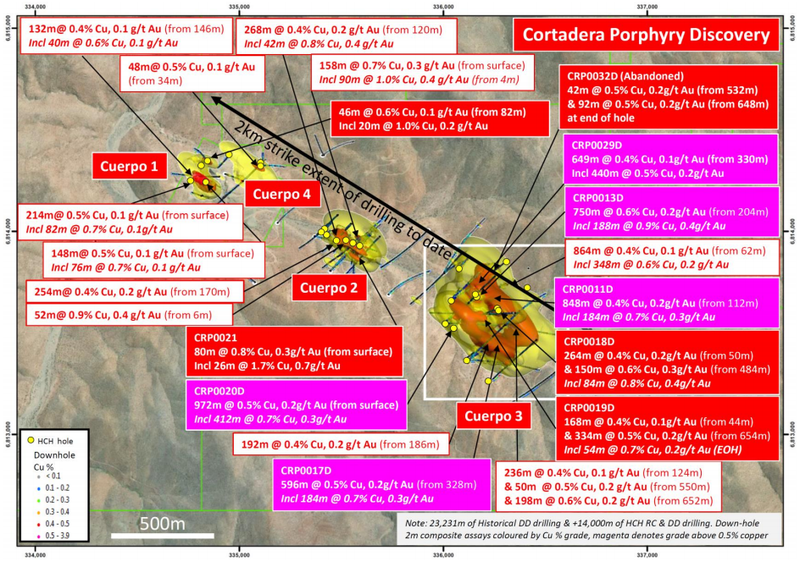