Metallum Limited (ASX:MNE) has continued its progress as scheduled at the San Sebastian mine in Chile, with measures put in place to increase production and exploration efficiency.

The first shrink stope at San Sebastian, which uses a technique whereby miners mine upwards and enter through the mine’s side entrance, is beginning to come on line. A hole at the top of Shaft 1 has now been established at the mine, providing natural ventilation throughout the shaft.

An underground dump truck that carries 6 tonnes is also on site to increase production and haulage efficiency.

MNE is gearing up for further exploration below the current level of 1030 metres, down to 1000 metres, with a decline ramp installed to facilitate this access.

A bulldozer is also currently being utilised to facilitate access to the vein network between the 1000 metre and 975 metre levels. Testing of the material at this level will reveal whether more stoping areas are to be set up in future.

The additional resources and efficiencies in place at San Sebastian have allowed a significant ramp up in production for the $6.5M market cap MNE.

The latest mill processing results are reporting a processed grade in excess of 4.25% Cu – well above company expectations.

MNE Managing Director, Zeffron Reeves, said: “Now that we have natural ventilation through the mine and our haulage system has been enhanced with the addition of a small dump truck, we are able to reduce the drill and blast cycle times, naturally improving our ability to get high grade tonnes out of the mine.”

MNE’s waste development work at the Viuda mine has potentially uncovered an additional area of interest. 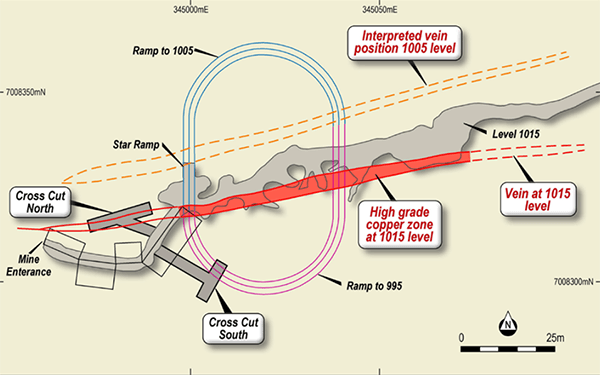 Two cross cuts have commenced, one to the south and one to the north of the mine entrance. The north cross cut has intersected a mineralised vein system at the 1015 metre level.

A decline ramp is currently planned to sample the area. Positive sample results will enhance the likelihood that Viuda can be added to San Sebastian and Paraguay as ore producing mines.

Mr Reeves added: “Our work at Viuda has also been encouraging, with one of the crosscuts we have installed for the establishment of an explosives magazine having encountered the mineralised vein and we are planning to develop a ramp to access beneath the historic mine and begin stoping.” 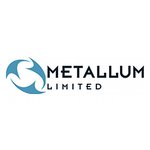