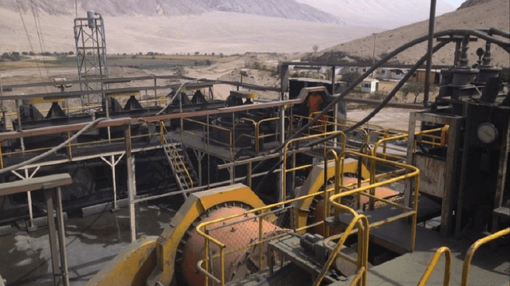 Minera Gold (ASX: MIZ) has exercised its option to acquire the San Santiago copper and gold processing plant in Peru.

The San Santiago assets are being acquired for total consideration of US$5.5 million.

Settlement is on a “walk in/walk out” basis as the San Santiago Assets are being acquired as a going concern and are already in production.

This provides project and commodity diversification for MIZ, including control of an operating copper toll treatment business generating annualised EBITDA of circa US$2.5 million per annum.

The funding mechanism used is primarily non-dilutive to MIZ shareholders and immediately earnings accretive, both from the addition of the copper toll treatment business and also through the saving of around US$1 million per annum on the previous lease agreement of a CIP circuit to process gold.

“The cash flow benefits and cost savings from the purchase of the San Santiago processing plant are immediate, and the funding arrangements put in place are largely non-dilutive for shareholders, making this a very attractive transaction.

Additionally, the upside of the large concession holdings in this mining rich province of southern Peru, sits neatly within our existing exploration strategy at the nearby Torrecillas and Tumi Projects.”

Funding to complete the 100% acquisition has been provided by two major supporters of MIZ: SilverStream SEZC, a precious metals streaming company, and through a mezzanine debt facility with an existing shareholder.

This means SilverStream has now funded US$6 million of its US$9.5 million commitment, with the balance of the funding contingent upon milestones being achieved by Minera in both the gold and copper operations.

“Minera is a promising South American growth story. Minera has executed on its expansion plans and is building a diversified production platform. We are pleased to be a partner in helping Minera and its exceptional team create significant shareholder value”.

Minera has also entered into a two year mezzanine agreement with an existing shareholder whereby the investor will provide a US$1.25 million facility for the purpose of completing the San Santiago mill acquisition.

The processing plant being acquired is already profitable and in production. Existing revenue is forecast to grow substantially from Sept 2014 with the addition of copper processing circuits.

The very clean concentrate produced by the plant attracts a substantial premium to market given the absence of all contaminants, and averages 32% copper, 100 grams per tonne silver 2 grams per tonne gold.

The acquisition comes with significant exploration potential in both gold and copper through 25,000 hectares of under explored concessions that surround the processing plant, with a number of drill ready targets for testing over next 12 months.

The assets are also close to infrastructure including power, water, ports and sealed roads.

It now sees Minera in full ownership and control of a substantial processing plant, with the ability to process all gold and copper production sourced from 100% owned Peruvian mining properties in addition to the treatment of ore from third parties.