The share price of Millennium Minerals Ltd (ASX:MOY) has increased 20% since the start of the year, surging strongly after the company announced extremely promising drilling results at its Golden Gate Mine, part of the broader Nullagine Gold Project in Western Australia.

The latest round of results which were released at the end of January include thick, high-grade intercepts across several prospects, confirming the area’s potential to host the next underground mine at Nullagine.

Importantly, drilling suggests that the area could provide both open pit and underground ore feed.

Aside from D Reef, the ABC Reef, Crow and Condor areas were also promising, particularly in terms of assessing the deposit’s underground potential. 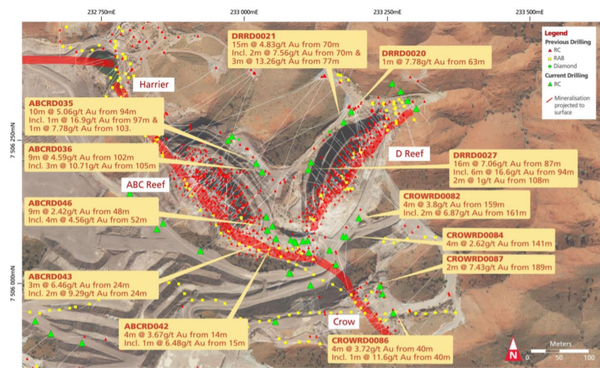 70% increase in ore reserves at Nullagine

In early February, Millennium extended the mine life at the Nullagine Gold Project, updating the Ore Reserve estimate for the 12 months to 31 December 2018.

This implied a 70% increase in the resource net of mining depletion, to 375,300 ounces.

Based on the current Australian dollar gold price, this implies a margin in the vicinity of $500 per ounce.

With an aggressive drilling program in place, management expects that the mine life can be extended to more than five years.

Argonaut Research analyst, James Wilson has a speculative buy recommendation on the stock with a price target of 31 cents, implying share price upside of approximately 50%. However, as alluded to, this is speculative and may not come to fruition.

In response to the recent upgrade Wilson said, “It’s a good result in our view, and the key to unlocking refractory sulphide ores at Nullagine has always been the key to growing mine life.”

Generally speaking, refractory ore contain sulphide minerals and/or organic carbon, making it impermeable and creating difficulties in terms of extracting gold through the use of the traditional leach solution.