Metminco Limited (ASX: MNC), soon to be renamed Los Cerros Limited, has received preliminary gold results for the third hole (CHDDH003) of the maiden drill program at the Chuscal gold target in the Mid-Cauca Porphyry Belt of Colombia.

This third hole successfully intercepted a number of high-grade vein-related gold in zones which correlate with Metminco's modelled horsetail structures, a key feature which appears to be driving the distribution of high-grade gold through the mineralised system.

The Chuscal target is part of the company’s Quinchia Gold Project, located in the Mid-Cauca Porphyry Belt of Colombia, which is an emerging as a larger regional gold play and includes the 3.9 million ounce Marmato Project. 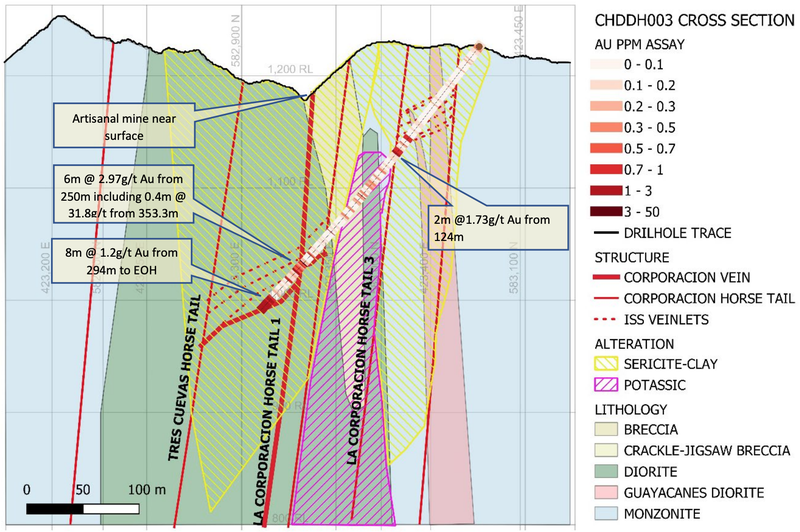 The results provide further validation of the importance of the horsetail feature and six east-west trending structural corridors as the controlling structure for epithermal gold mineralisation.

A fourth drillhole, CHDDH004, has also been completed for a total of 370m with assays due mid-January. Visible logs from the field have confirmed that hole #4 has intercepted three horsetail structures. 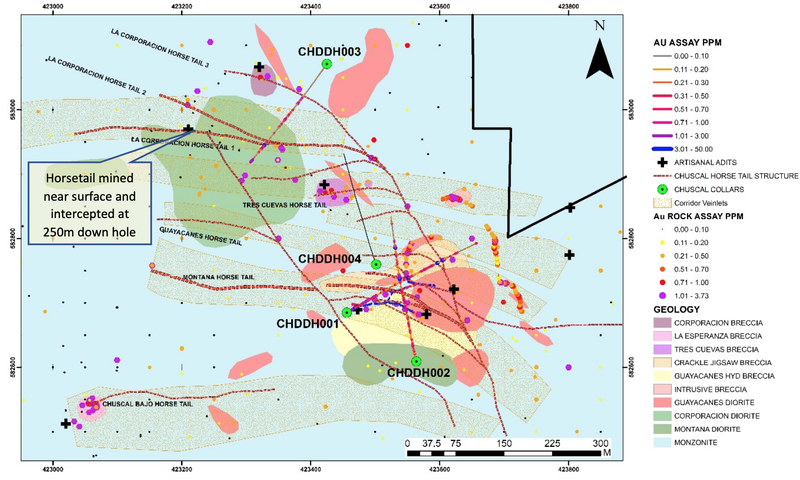 Metminco’s Managing Director, Jason Stirbinskis concluded: “There is mounting evidence to suggest we are in a big, complex system, which is not surprising given the size and complexity of discoveries around us of the same age and style, some of global significance such as Nuevo Chaquiro and La Colosa gold porphyries together with other porphyry/epithermal systems within the Quinchia Project such as Tesorito, Miraflores and Dosquebradas.

“Heading into our 2020 program, we will now use our new found learnings from the 2019 drill program to target higher grade epithermal regions and vector in on the porphyries that are the source of all the mineralisation we’ve encountered.

“As a first step outstanding assay results from CHDDH003 and CHDDH004 will be integrated into a district scale 3D geological and structural model, covering the Chuscal, Tesorito, Miraflores and Dosquebradas porphyry/epithermal systems, which will provide valuable information to design a follow up program in early 2020.