Metals of Africa (ASX:MTA) has just become a player in the world of graphite, announcing a maiden resource of 61.6 million tonnes at 10.3% total graphitic carbon, and it has drilled less than 5% of its targets.

In a market release this morning, it outlined its maiden JORC resource at the Montepuez project in Mozambique, with an indicated mineral resource of 27.6Mt at 10.4% TGC and an inferred resource of 34.1Mt at 10.2% TGC.

The resource remains open along strike and at depth, and MTA has drilled less than 5% of targets at the project.

The JORC resource positions MTA as one of the leading resource holders in the region, and backs up managing director Cherie Leeden’s previous claim that the company was undervalued in the region.

In comparison, MTA has a market cap of just $11.75 million before the start of trade today.

A comparison of graphite players in the region

“This impressive maiden resource positions Metals of Africa as a major player in the global graphite space,” Leeden said of the resource declaration.

“Our flake size and quality is exceptional and our deposit clearly hosts the best ratio of large and jumbo flake of graphite deposits in Mozambique.”

She also confirmed that offtake agreements were under discussion “with a number of parties”, and MTA has started putting the numbers together on ultimate commercialisation via a pre-feasibility study.

Elsewhere, it said that drilling at its Balama Central project was ongoing and it should be in a position to declare a resource there by February or March next year.

Its flagship project is the Montepuez Central project in the Cabo Delgado region, and is made up of three key deposits being the Buffalo, Elephant, and Lion prospects.

Meanwhile, it is also drilling at the Balama Central project. 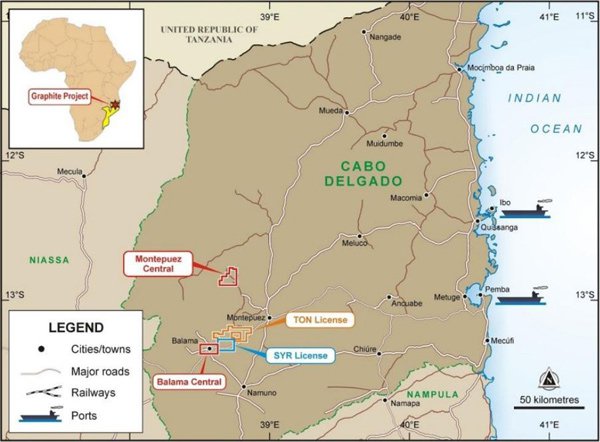 The location of MTA’s projects in Mozambique

That project is along strike (on electromagnetic data) to the projects being advanced by SYR and Triton Minerals, with MTA recently confirming rock chip samples taken at the project were high-grade.

So far, it has found three key prospects at the Montepuez Central Graphite Project including the Buffalo, Elephant, and Lion prospects. 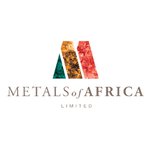