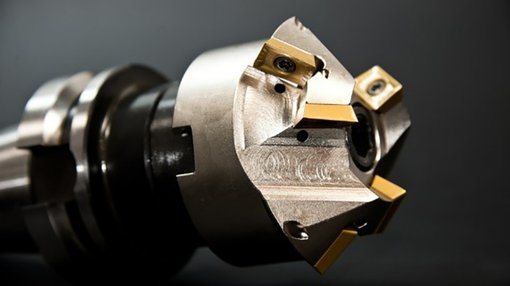 Marquee’s exploration campaign at Werner Lake is primarily focused on narrow spaced drilling, which has been designed to increase the existing non-JORC Indicated Mineral Resource of 79,400 tonnes at 0.43 per cent cobalt which remains open in all directions.

Discussing the upcoming program, managing director Mr Charles Thomas said, “Werner Lake is one of the key cobalt assets in Canada and this round of drilling should further increase our confidence in the substantial value that this deposit holds.”

Phase 1 of the drilling program will consist of approximately 2000 metres of diamond drilling.

Results are some time away and we can only speculate what they may be at this stage, so seek professional financial advice if considering this stock for your portfolio.

Subject to results, Marquee will immediately move to Phase 2 of the program which will consist of approximately 4000 metres of diamond drilling.

Initially, drilling will focus on the Werner Lake West area where the bulk of the resource estimate has been delineated.

Planned drill holes will test depth extension of the mineralised zones and confirm historic drill intercepts with a view to converting areas of inferred mineralisation to indicated category.

Phase 2 drilling would continue to test the down dip/down plunge potential of the mineralised zone at both the Werner Lake West and the Old Mine Site areas. 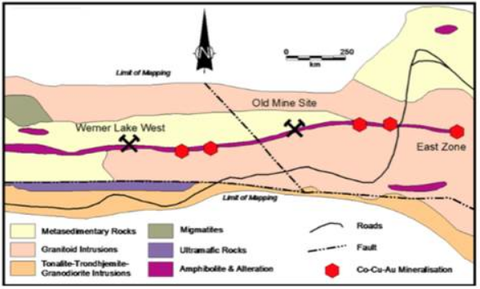 Impressive performance from past mining

More than 40,000 metres of diamond drilling was previously completed at this project.

The total mine production was reported at 143,386 pounds of cobalt grading approximately 2.2 per cent cobalt and 0.75 per cent copper.

Other key features from past works and their significance in terms of Marquee’s strategy are highlighted below. 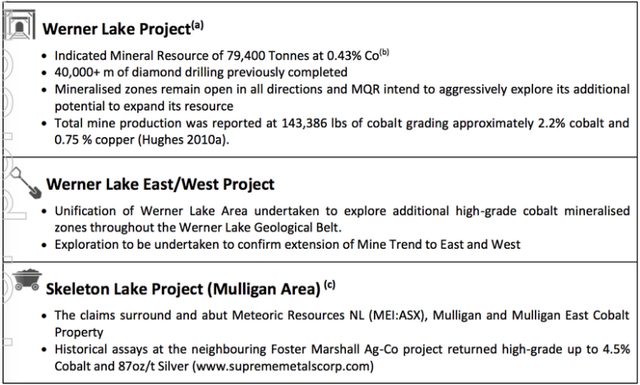