Mantle Mining may reopen the high grade Morning Star mine 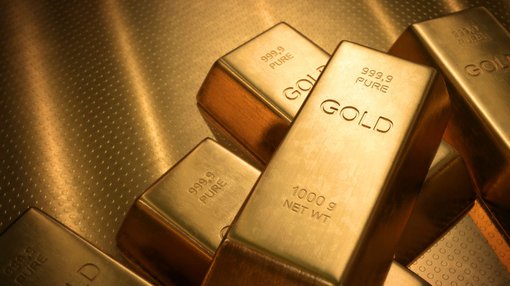 Shares in Mantle Mining Corporation (ASX: MNM) surged more than 20% in the first hour of trading after the company announced that it had completed a structural reinterpretation and historical review of the near surface high grade Stacpoole zone in the Morning Star gold mine.

MNM explained that the Stacpoole zone is a thick continuous reef with excellent indications of unmined high-grade mineralisation with confirmation having been made that it is one of the thickest reefs in the Morning Star system, having a target zone of 450 metres long by 60 metres wide.

MNM is developing the high grade Morning Star and Rose of Denmark gold mines in eastern Victoria, and the particular zones that it intends to target have seen little prospecting since 1900.

Management noted that previous drill holes had exhibited strong grades including 4.1 metres at 18.8 grams per tonne. Given the near surface mineralisation the company is of the view that it could present as a low-cost development project. Likewise, if metrics stack up Morning Star could be brought into production relatively quickly.

On this note, Executive Director Doctor Rick Valenta said, “We are proud to be the first to be able to identify the true potential of this high-grade zone which is easily accessed from existing adits and could be developed quickly, making it our first priority at Morning Star”.

While various prospective developers, as well as the Geological Survey of Victoria, have in the past identified potential merits of progressing the project, particularly with a history of producing approximately 250,000 ounces of gold at grades in excess of 40 grams per tonne, MNM concludes that a mix of untimely macro conditions and a lack of coordinated and technically astute owners resulted in the asset never realising its potential.

The following shows the zone under investigation, outlining the particularly high grades that have been intercepted in the past. 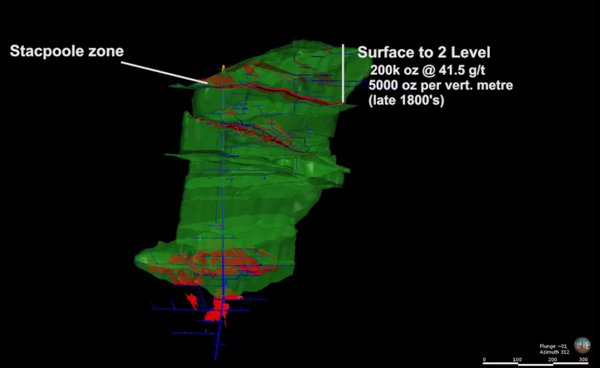 As MNM continues mapping and sampling of the Stacpoole zone in the Morning Star adit, a drill program is being formulated to commence on the basis that the zone can be easily accessed with short drill holes from four separate existing near surface adits, allowing for efficient testing without waiting for shaft access.