Having established a near term production target at its Morning Star gold mine in Victoria, Mantle Mining Corporation (ASX:MNM) informed the market on Thursday that it would be concurrently working on a conventional decline to achieve longer term production efficiency.

Mantle CEO, Tom de Vries explained, “This work is part of a detailed staged plan which the company is now progressing with the aim of developing future production, and the strategies being employed are ensuring that capital is being used astutely in working towards this goal.”

The first stage involves the concurrent recommissioning of the shaft and winder to prepare for trial mining at Morning Star, preparing designs and permitting for a conventional decline, and commencing a diamond drill program at the Rose of Denmark mine.

MNM then plans to commence trial mining of a component of the Stacpoole zone, using that ore to commission and process the plant prior to committing to a conventional production decline.

Overlooked by prior operators of the mine, the location of the new Stacpoole zone and its subsequent confirmation by recent diamond drilling by Mantle is a major advancement towards identifying a production target that is shallow, easily accessible and can lead to more timely production.

Management has determined that the most cost and time effective means to a bulk sample with trial mining is via level two of the existing Morning Star shaft.

This bulk sample will allow MNM to obtain a more reliable estimate of gold grades in the Stacpoole zone in comparison to the grades returned in diamond drilling, especially bearing in mind that most mined zones at Morning Star returned significantly higher production gold grades than those returned in drilling of the same zones.

Of course it should be remembered that MNM is still an early stage player and investors should seek professional financial advice if considering this stock for their portfolio.

In tandem with the Morning Star developments, MNM is progressing plans to commence a diamond drilling program at the Rose of Denmark gold mine where management has identified many clear gold targets.

This mine represents a second potential source of the easily accessible ore as a second independent source of plant feed for the Morning Star processing plant. Management noted that the style of mineralisation at Rose of Denmark points towards the possibility of mechanised mining in the style presently described at the A1 mine (ASX:CTL) and diamond drilling is required to fully confirm this possibility.

The following map illustrates the relative proximity of Rose of Denmark to the A1 mine. 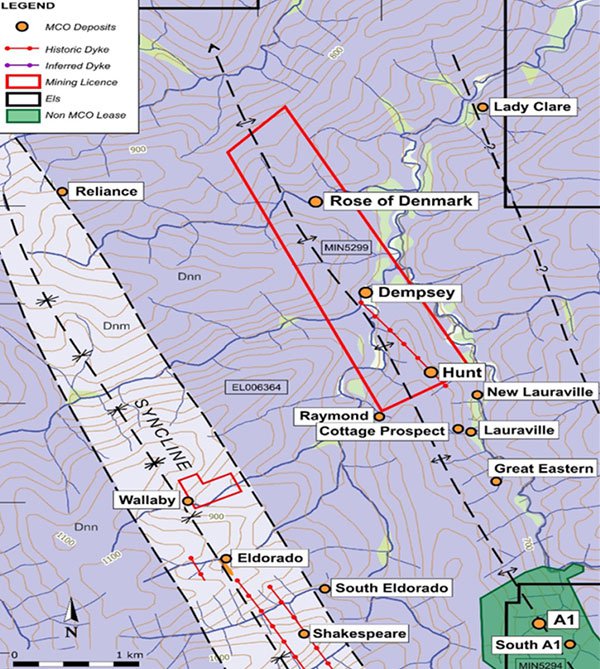 Management noted today that discussions are ongoing between MNM and its joint venture partner Shandong as to how best to maintain its involvement in the Rose of Denmark project and Mantle’s other regional assets.

Shandong, through its wholly-owned subsidiary, Minjar Gold is a 51 per cent joint venture partner of the Rose of Denmark mine lease with MNM managing the project on behalf of the JV.

On this note, management said it was encouraged by Shandong’s interest in maintaining a presence in one of Australia’s premier gold districts, namely the Walhalla to Woods Point goldfield, an area that is significantly underexplored. 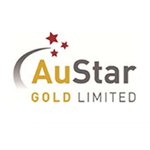