Mako Gold Limited (ASX:MKG) reports it has received excellent preliminary metallurgical results from the Tchaga Prospect on the Napié Project in Cote d’Ivoire.

Preliminary test work was carried out on 17 samples of primary and oxide mineralisation from the Tchaga Prospect, where Mako is accelerating exploration.

Samples were selected from five Reverse Circulation (RC) holes across the prospect area and from a variety of lithologies in order to test a representative suite of gold mineralised intervals.

As indicated below, results from recent direct cyanidation bottle rolls are extremely encouraging and indicate that both oxide and primary gold mineralisation at the Tchaga Prospect are amenable to conventional cyanide extraction methods. 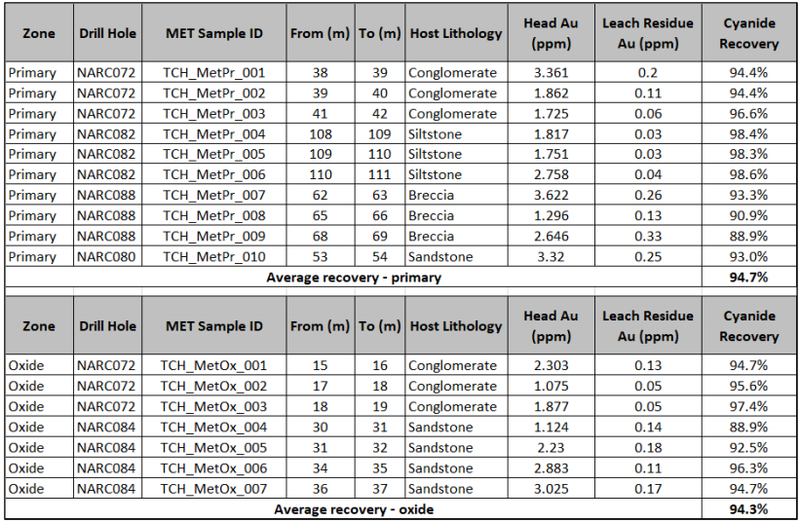 Progressing towards JORC resource at Tchaga

Mako plans a follow-up RC drill program on the Tchaga Prospect after the wet season, which usually ends in November in Côte d’Ivoire, with the near-term goal of advancing it towards a JORC compliant resource.

In explaining the prioritisation of the Tchaga prospect, managing director Peter Ledwidge said, “Many investors had asked about metallurgical testing after we announced the positive drill intersections on our Napié Project.

‘’We are very pleased with the results of the test work, which returned average recoveries of greater than 94% in both oxide and primary mineralisation.

‘’This reinforces the strategy of advancing the Tchaga Prospect quickly.

‘’These preliminary positive results de-risk the project one step further and increase confidence in the Napié Project.

‘’We plan to be drilling again on the Tchaga Prospect shortly after the end of the wet season and look forward to providing updates.”

Management’s objective in completing the upcoming drill program is to add continuity to mineralisation by drilling along strike and below previously reported wide gold intersections, thereby adding confidence to its current modelling of mineralisation at the Tchaga Prospect. 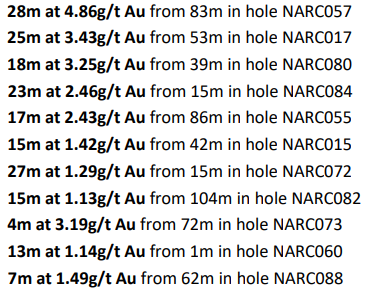 As the following map shows, there is consistency in terms of the clustering of wide high-grade drill holes, and with mineralisation open to the north, south and west there appears to be a strong likelihood of further exploration success. 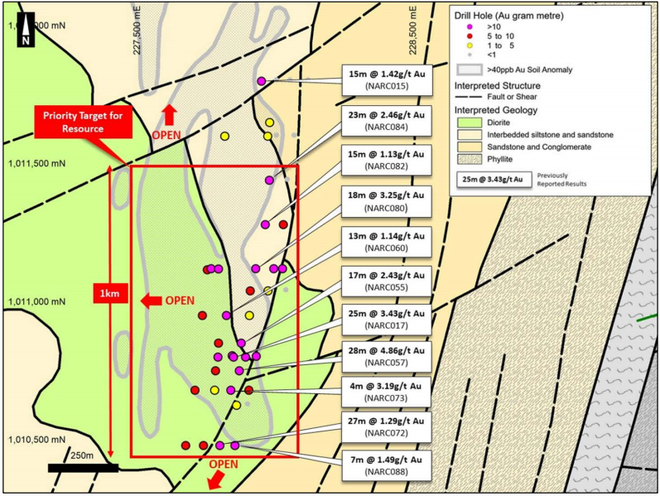