Mako to release assays from Tchaga in coming weeks

As a backdrop, Mako is earning up to a 75% interest in the Napié Project under a farm-in and joint venture agreement with Occidental Gold SARL, a subsidiary of West African gold miner Perseus Mining Limited (ASX/TSX:PRU).

Mako currently holds a 51% interest in the permit and is operator of the Napié Project which as can be seen below (red) is located in a region surrounded by multi-million ounce gold projects being operated by multinational mining groups. 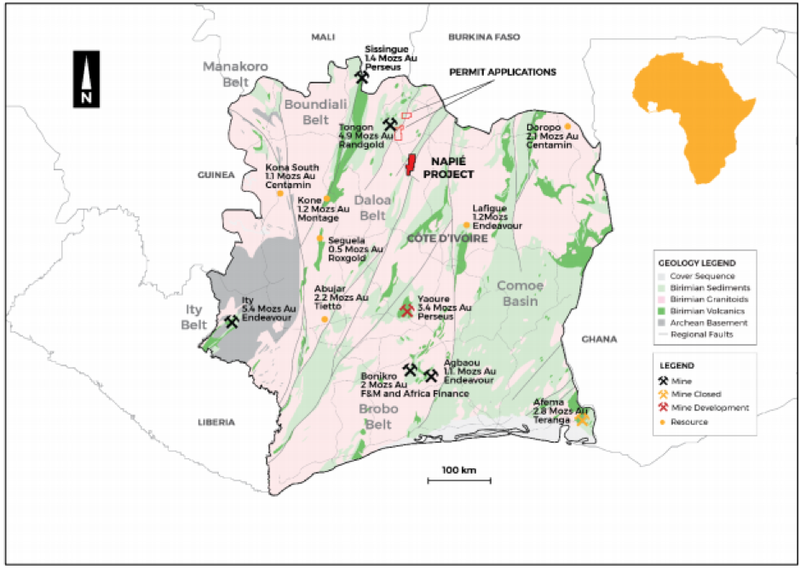 The Napié Project is located in a region surrounded by multi-million ounce gold projects.

Importantly, Mako has already had significant exploration success at the Tchaga Prospect, including drill intersections of 28 metres at 4.9 g/t gold and 25 metres at 3.4 g/t gold from 80 metres and 50 metres respectively.

It was the quality of these results that prompted management to prioritise Tchaga in planning a 19 hole drilling program across an area of 2100 metres.

Building towards establishing a maiden resource

As the Tchaga Prospect is associated with gold soil anomalies coincident with a long shear zone totalling more than 17 kilometres, results from this drilling campaign are much anticipated.

The company is focusing on the more advanced Tchaga Prospect to help move towards the delineation of a JORC compliant gold resource.

Current and previous drill results have confirmed the presence of multiple gold mineralised zones along a strike length of 1 kilometre as indicated below. 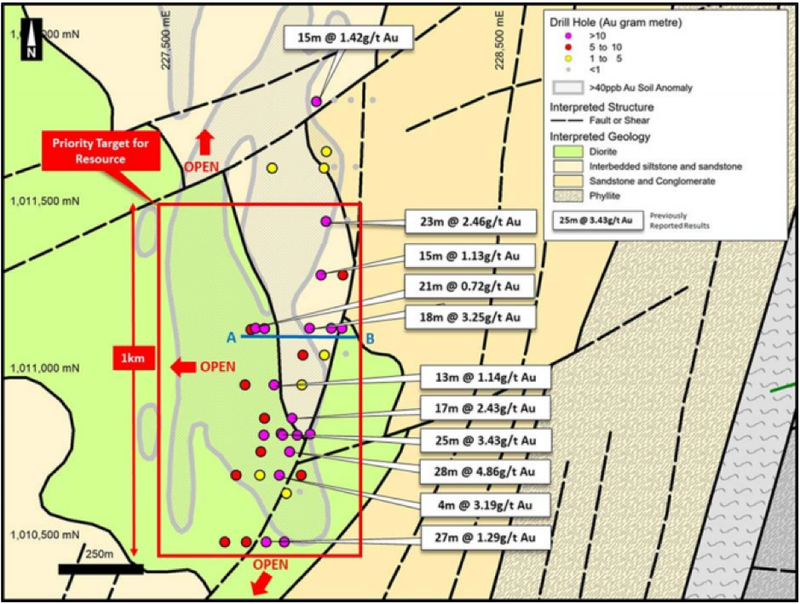 The purpose of the program is to demonstrate continuity of gold mineralisation within the 1 kilometre target area, which would increase confidence in the modelling of the mineralised trend.

Management said that assay results should be received by early December, a potential share price catalyst.