Mako is earning up to a 75% interest in the Napié Project under a farm-in and joint venture agreement with Occidental Gold SARL, a subsidiary of West African gold miner Perseus Mining Limited (ASX/TSX:PRU).

Mako currently holds a 51% interest in the permit and is operator of the project.

The drilling program will consist of approximately 1,000 metres of RC drilling and 500 metres of DD on the Tchaga Prospect (outlined in red) as indicated below with arrow pointing to the purple cluster of drill holes. 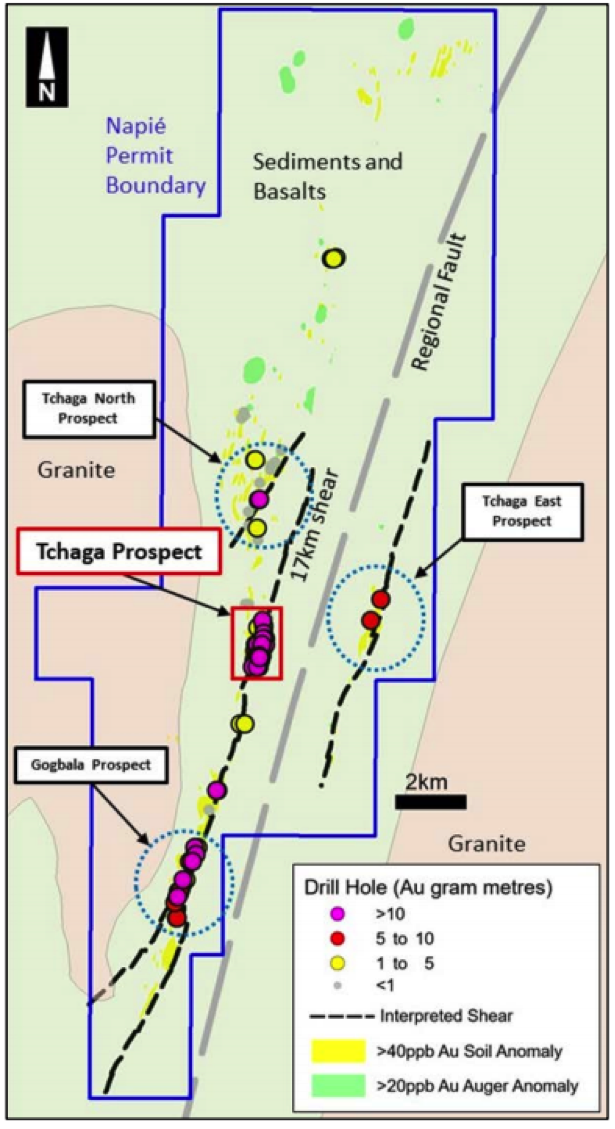 The program will follow-up on the positive results received from previous drilling campaigns.

Mineralisation at the Tchaga Prospect is associated with a 23 kilometre long +40ppb gold soil anomaly and is located along a coincident +17 kilometre-long shear zone, thought to be a major control for gold mineralisation.

Three other specific targets, shown above as dashed blue circles, host significant gold intercepts from previous drilling by the company, and they will be further tested in follow-up drill programs.

While Mako has received positive drill results to date elsewhere on the Napié Project, management is focusing on the more advanced Tchaga Prospect in its endeavour to outline a JORC compliant gold resource by the December quarter of 2020.

Current and previous drill results at Tchaga have confirmed the presence of multiple wide and high-grade gold mineralised zones along a strike length of 1.4 kilometres.

The following map demonstrates the location of the drill holes, and of particular note is the hefty volume of consistent hits across the 1.4 kilometre strike. 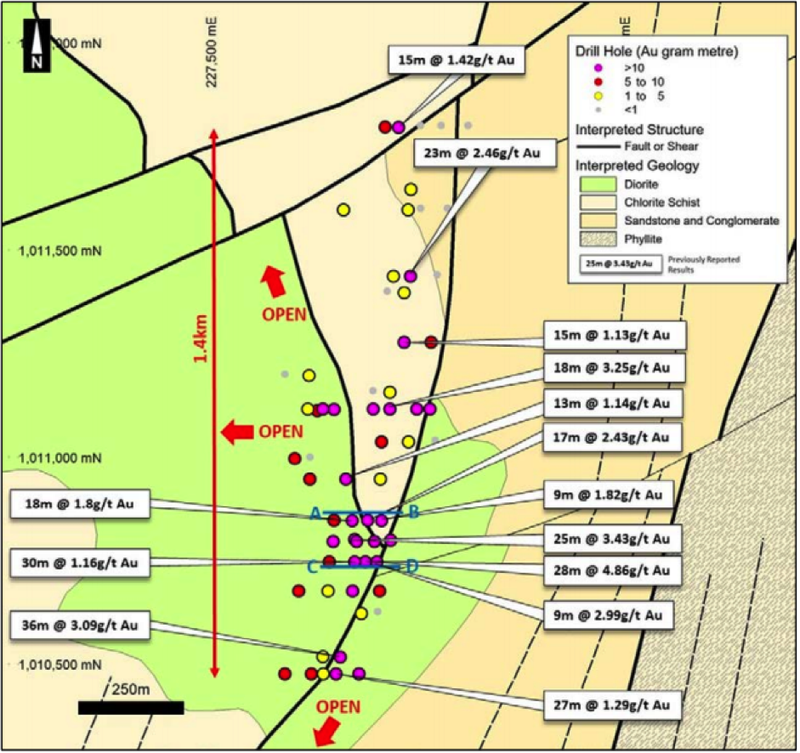 With regard to Mako’s upcoming diamond drilling campaign and the group’s longer term prospects it is significant that gold mineralisation has only been tested to a maximum vertical depth of 120 metres.

As well as potentially being successful in identifying further mineralisation, deeper drilling could also show the presence of higher grade gold.

As indicated in the following diagram, there has been a consistent trend of grades increasing from mid-range depths to bottom of hole. 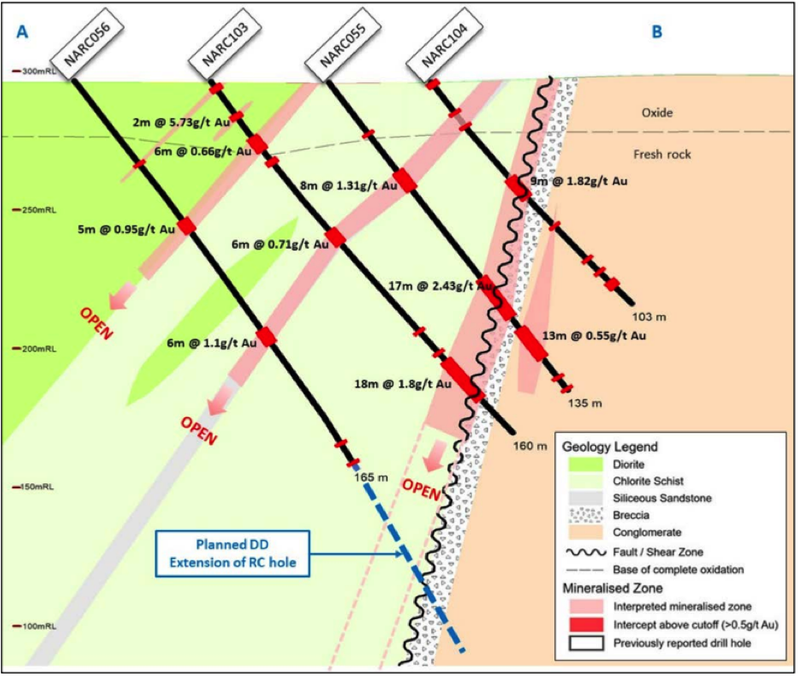 In addition, RC drilling will test along strike of mineralised zones identified from previous drilling with a view to confirming extensions of mineralisation.

Shear-hosted mineralisation is typically of a “pinch and swell” nature.

Therefore the combination of deep DD and shallow RC drilling planned in this phase should increase management’s understanding of the geological features, which in turn should assist in accurately targeting mineralised zones.

Management is looking to constrain expenditure costs by using its drill for equity facility with contractor Geodrill.

The agreement that was established with Geodrill in 2019 will allow management to pay half of the drilling costs in Mako shares.

Commenting on the upcoming program, managing director Peter Ledwidge said, ‘’We are looking forward to another drilling program and are extremely encouraged by the results achieved to date, especially on the Tchaga Prospect which has delivered exciting results on each of our four previous drill programs.”